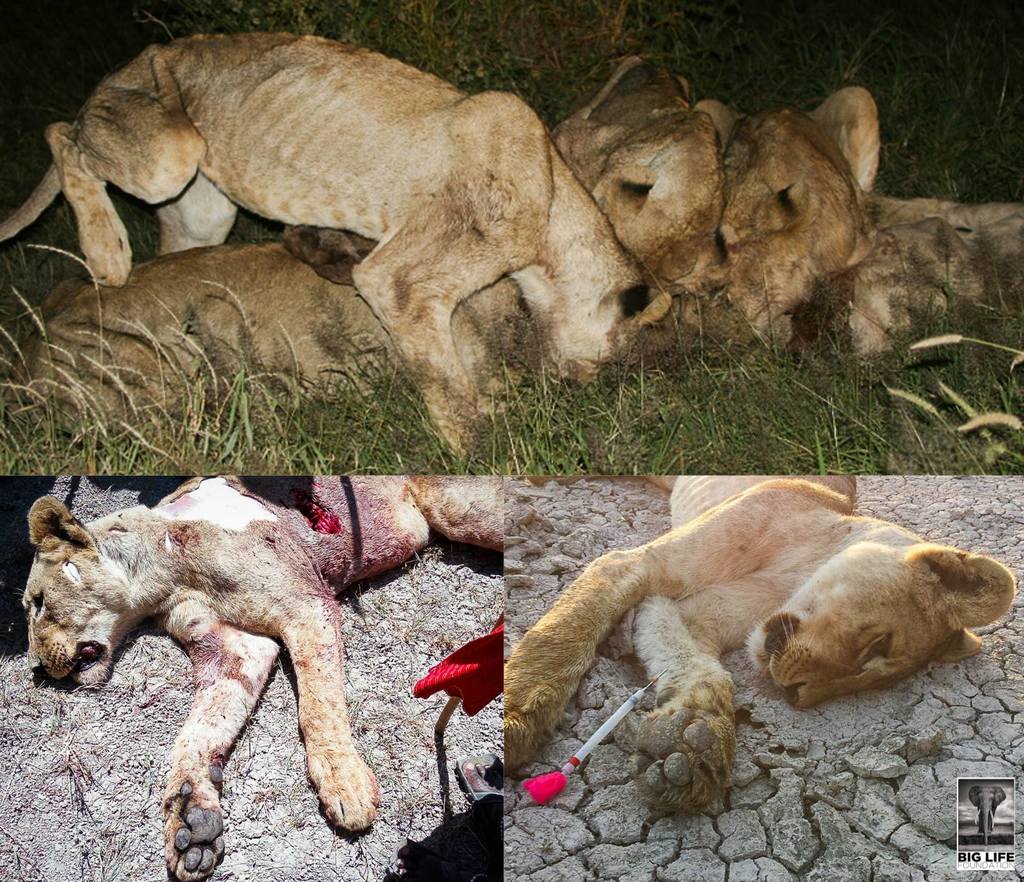 The hunting party had speared two of the six lions, and were intent on finishing off the rest. Running for their lives, the survivors somehow managed to escape into the bush of the Enduimet Wildlife Management Area (EWMA) of Tanzania.

The killings were the climax of a build-up that started last year. In Kenya the pride was protected by the community agreements that form that backbone of Big Life’s livestock compensation program. However, they couldn’t know that they weren’t protected by similar agreements when they crossed into the Tanzanian parts of their range, and the pride lost two adult females on separate occasions in 2015.

This loss of leadership and hunting experience was a devastating blow, compounded further with the arrival of rains and dispersal of prey. On the brink of starvation, the young pride turned once again to killing livestock. Combined teams from Big Life, Honeyguide and Tanzania government anti-poaching forces were able to ward off a number of retaliatory killings, but the killing of four goats and a cow calf last week was too much. Hundreds of people amassed and went after the lions, and the two were killed.

The teams in the area knew that they needed to act fast to save the remainder of the young pride and the Tanzania authorities dispatched a vet who was able to dart the two females. Unfortunately the two young males ran, but teams are trying to relocate them.

This is not what anyone would have wanted but if these lions had remained where they were the most likely outcome was death, either at the end of a spear or from starvation. They are now at the Ivory Orphans holding centre in Tanzania, and the plan will be to reintroduce them to the wild once grown and healthy.

In the meantime Big Life is looking at how we can work with others in EWMA to resolve the issues around human-predator conflict and make sure that, as has been done in Kenya, we can find a way to facilitate some level of human tolerance for these great predators.

IMAGE TOP: The young pride alive but close to starvation, feeding on a carcass before the killings (credit: Patrick Sayialel)

IMAGE BOTTOM LEFT: Speared carcass of one of the sub-adult males (credit: Honeyguide)

IMAGE BOTTOM RIGHT: One of the two females darted before translocation to a holding centre where they will be looked after until they can be released back into the wild (credit: Honeyguide)