LEGENDARY CONSERVATIONIST BACK IN PLAY 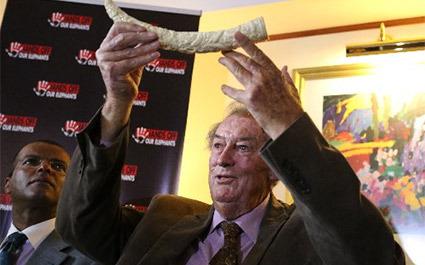 Across Kenya, wildlife populations are under siege. In national parks and on community lands animals are being killed for their parts and sold into the Illegal Wildlife Trade. Although organizations like Big Life are having important success stemming the slaughter, the battle continues.

In 1990 Leakey became the first Director of the newly created government wildlife authority (KWS). During his tenure he instituted a shoot-to-kill policy that brought the spiraling elephant and rhino poaching crisis under control, and oversaw the restructuring of Kenya’s troubled national park system.

Leakey’s track record speaks for itself, and we trust that his experience will be important as KWS continues to battle the various threats to wildlife across Kenya. We have always been honoured by Leakey’s open support of Big Life Foundation, and now it is our turn to stand behind the conservation legend.