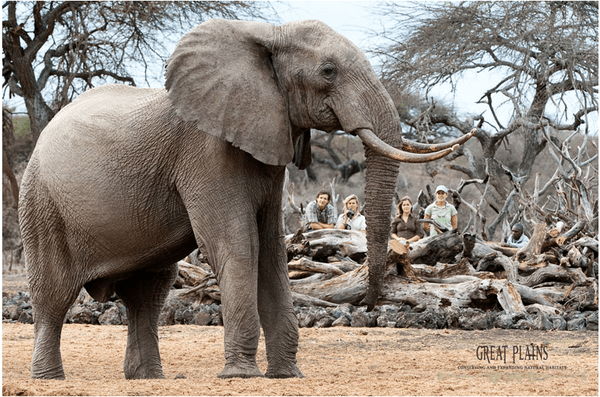 On May 16, two blasts shook a Nairobi market. When the dust had eventually settled, 10 people were dead and 70 injured. This mere hours after intelligence warnings led to the evacuation of British tourists from the coastal city of Mombasa.

Two weeks earlier, two explosions each around the cities of Mombasa and Nairobi had killed 8 people. The result has been travel advisories issued by the USA, UK, Australia and France.

Tourism in the country, still recovering after political instability in the last two elections, is reeling. The Kenya tourism federation says that $57 million in tourism-related income is expected to be lost through October. With around 10% of jobs in the country based around tourism, thousands may lose their livelihoods. This is frightening for all; the collective pulse of the nation is raised.

Operating down in the Amboseli-Tsavo ecosystem of southern Kenya, we like to think that our region is not a major target for attacks. But these events have not taken place in a vacuum. The impacts will surge outwards, having as yet unanticipated effects.

And conservation in the country will suffer. In many remote areas, the employment provided by ecotourism provides an alternative to poaching. Remove these jobs and the incentive to commit wildlife crimes returns. Tourism operations often contribute to the funding of conservation organisations; in Big Life’s case we have our highly valued partners Great Plains and Ol Donyo Wuas Lodge. The government wildlife departments will also be hard hit; fewer park visits mean less income, which means less funding to spend on wildlife protection and anti-poaching.

We understand that this is a scary time, but we encourage all potential visitors, whilst considering their own safety, to please also consider the varying risks faced in visiting different parts of Kenya. There are areas that are wise to avoid at the moment, but these are far outnumbered by destinations that are completely safe.

Engaging in wildlife conservation is a luxury that few rural people can afford, but tourism can change this, the link is critical.