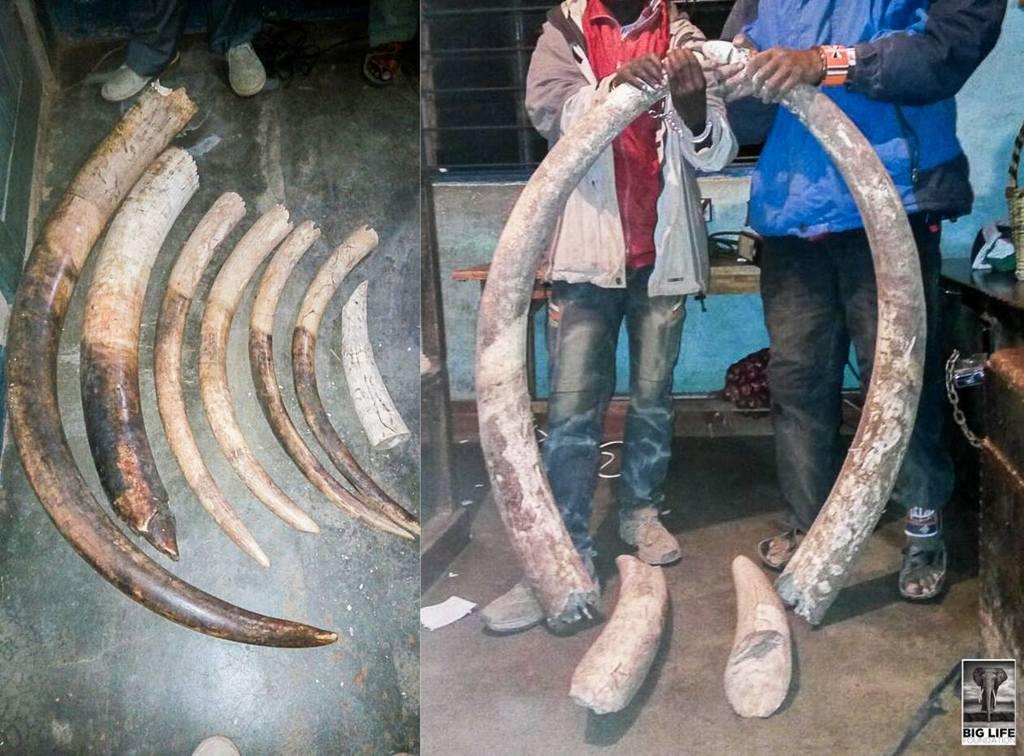 The men sat at a small roadside restaurant, waiting for the ivory to arrive. A Big Life vehicle cruised past, this unit on a separate mission, and a look of concern flashed across the ivory dealer’s face. He turned to his companion and said, “Those people, Big Life, are the ones that you have to be very careful of”.

He had no idea how right he was. Unknown to him, the man that he was conducting business with was an undercover Big Life informer, and an hour later the dealer and an accomplice were under arrest.

The outcome aside, this dealer had good reason to be nervous. He was the eleventh person to be arrested in the last two months, all the result of seven undercover sting operations conducted by Big Life intelligence officers and the Kenya Wildlife Service. Just under 260kg of ivory was recovered in these busts.

The only way to catch the criminals involved in the ivory trade is to get into their circles and work from the inside, out. It takes years to build these intelligence networks and Big Life has been able to do it so effectively because rather than being outsiders, we ARE the local community.

The word is out. You may try to sell ivory around Amboseli, but chances are you won’t get away with it.