IVORY DEALERS CAUGHT ON THE RUN 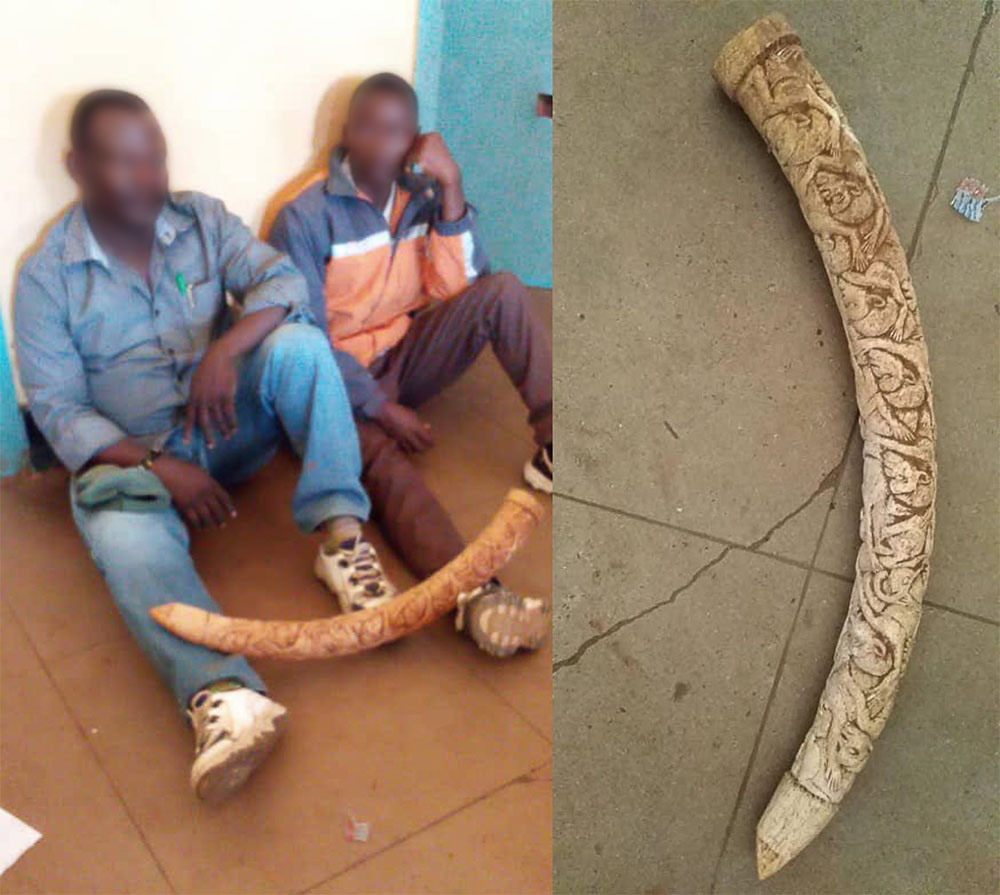 Think of them as international salesmen of the worst kind. The four men had been crisscrossing the boundary between Kenya and Tanzania looking to peddle their contraband, which was in this case extremely unusual - carved ivory.

Big Life’s intelligence network, working with the Kenya Wildlife Service (KWS), has confiscated more than 3.5 tons of ivory in the last 5 years. Until now this has always been raw ivory, destined to be carved on foreign shores. This is the first time that we have confiscated ivory worked in Africa.

There were three Tanzanians and one Kenyan in the group, taking advantage of the international border for access to larger markets, as well as to avoid being caught. What they didn’t expect was a coordinated response.

Big Life has undercover informers working in both countries, one of whom heard about the ivory for sale in Tanzania. A multinational arrest team took over, involving Kenya Wildlife Service and Tanzania National Parks Authority, which caught two of the men with the ivory. The other two of the gang were already gone, but their escape was always going to be temporary.

After three weeks, informers managed to track the two on the run, and they were arrested. They have joined their colleagues in jail.

The Amboseli ecosystem spans an international border, putting it in a perfect storm for criminal activity. This is why Big Life established the first coordinated cross-border anti-poaching and anti-trafficking effort in East Africa. This bust demonstrates why these cross-border operations are as important as ever.