ILLEGAL IVORY FLOWING OUT OF KENYA 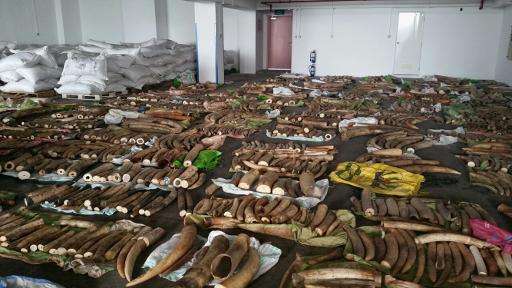 This seizure, the largest of it’s kind in Singapore since 2002, is yet another in a string of confiscations in the last month. In Vietnam, two men arrested with 31 rhino horns. In Mozambique, 1.5 tons of ivory and rhino horn seized. In Thailand two ivory seizures only a week apart, one of 4 tons of tusks, and the other of 511 tusks.

In addition to the recent Singapore bust, the ivory in both Thailand busts also originated in Kenya. Despite the successes that these busts represent, we have gone one step further: we are keeping tusks out of the market. Of the 21 elephants that died in our area of operation last year (including natural deaths), only two were poached, and we recovered the ivory in 95% of the cases. Our record this year stands at 90% recovery rate so far (10 deaths).

These high recovery rates are due to our vast network of informers, rapid response by the Big Life rangers, and cooperation with partner NGO’s. As for the continuing shipments of ivory, from elephants dying across the continent but flowing through East African ports, we hope to see more effective policing and a greater risk to those who are involved in this awful trade.