I Am Surrounded by 60 Maasai Warriors 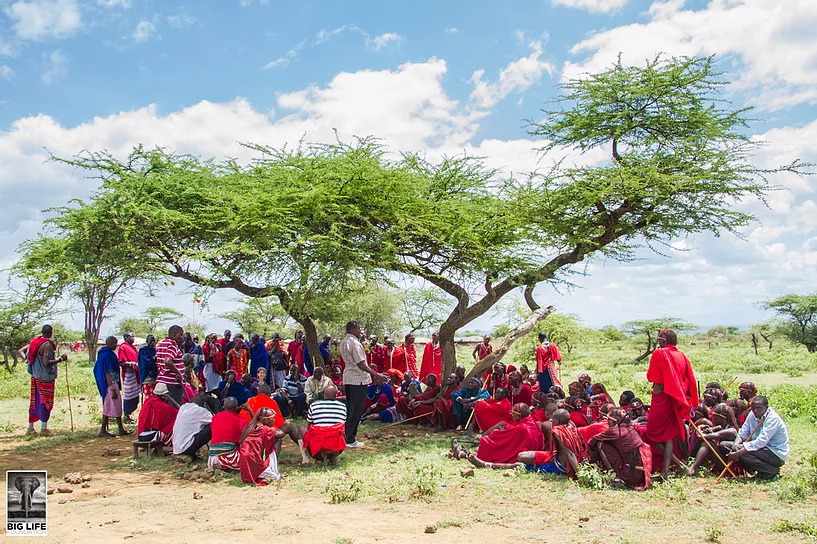 The sun glints off the steel of sharpened spears. Their collective gaze is piercing, but thankfully not directed at me. In the centre of the ring stands Samuel Kaanki, coordinator of Big Life’s Moran Education Initiative.

In Maasai culture, the warriors are the defenders of the community. The would-be hero’s tasked with everything from defending the community against cattle raids by neighbouring tribes, to protecting livestock from attacks by predators.

And of all the predators, the lion is the most revered. To kill a lion was the ultimate goal for any young warrior. The ears, feet, tail and mane were the trophies, carried home to celebration and singing by admiring ladies. But this is a different world; too many people and too few lions.

Change is inevitable, but a sensitive issue, requiring the input of many. Our efforts to change the behaviour of these warriors work in concert with the Lion Guardians, an organisation that employs warriors to mitigate lion-human conflicts and intervene in lion hunts.

Kaanki stands now before a group of warriors, educating them on the importance of wildlife conservation. The new Kenyan Wildlife Act is severe on the subject of animal-killing, and Kaanki guides the young men through these changes. This generation is the one that needs to adapt.

But what is a solution that doesn’t include an alternative? Enter the Maasai Olympics, a sports competition like no other. Incorporating traditional Maasai activities such as spear throwing and ‘high-jumping’, this event provides an outlet through which the young men of the ecosystem can compete physically for accolades, without having to kill lions. Big Life is planning the second such exciting event for the end of this year, and anticipation is already building.

And so, just as the world continues to turn, Kaanki continues his rounds of the Amboseli-Tsavo ecosystem, aiming to take the attention of the warriors off lion hunting, for their own good and that of these great predators…