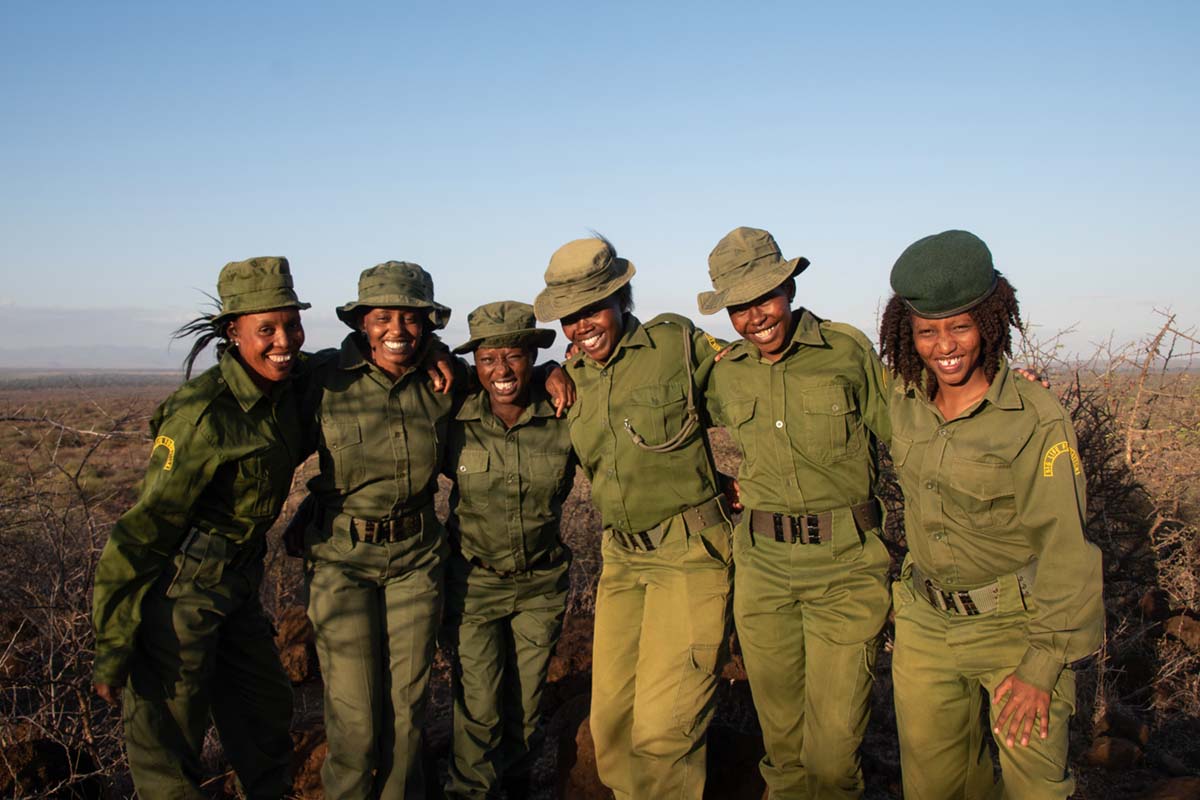 Today we celebrate the brilliant work done by our female rangers past, present, and future. Whether conducting foot patrols, finding snares, catching poachers, teaching new recruits, or preventing elephant crop raids, a day in the life of these women is anything but ordinary.

In Maasai culture, like so many things, conservation and anti-poaching work has been dominated by men, while women are raised to become dutiful wives and caring mothers. Big Life’s 10 female rangers, however, are bucking the trend. With their quiet determination and bright smiles, these women are not only becoming part of the solution to protect wildlife, but also blazing a trail for future female leaders, proving to the world that conservation is everyone’s business.

Craig Millar, Big Life’s COO, believes that these women are playing a vital role in changing the status quo: “In this part of Kenya, equality of the sexes is far behind most of the world, and it has only been in the past few years where the prospect of having female rangers has even been a possibility. Being properly employed gives women more freedom and control over their lives. Add in the fact that they’re a ranger with the ability to enforce rules and laws, and it’s a huge step forward.”

We’re very lucky to have these women on our team and we’re proud of the work all of our rangers do all year round, protecting wildlife and wild lands in East Africa.

In the words of Ann Maloi, Big Life’s Radio Room Operator who tragically passed away last year after a battle with cancer: “It’s not written anywhere that a lady can’t, or shouldn’t, be a ranger. Everything that men can do, women can do too. As long as you’re passionate, you can do it. In fact, you can probably do it better.”