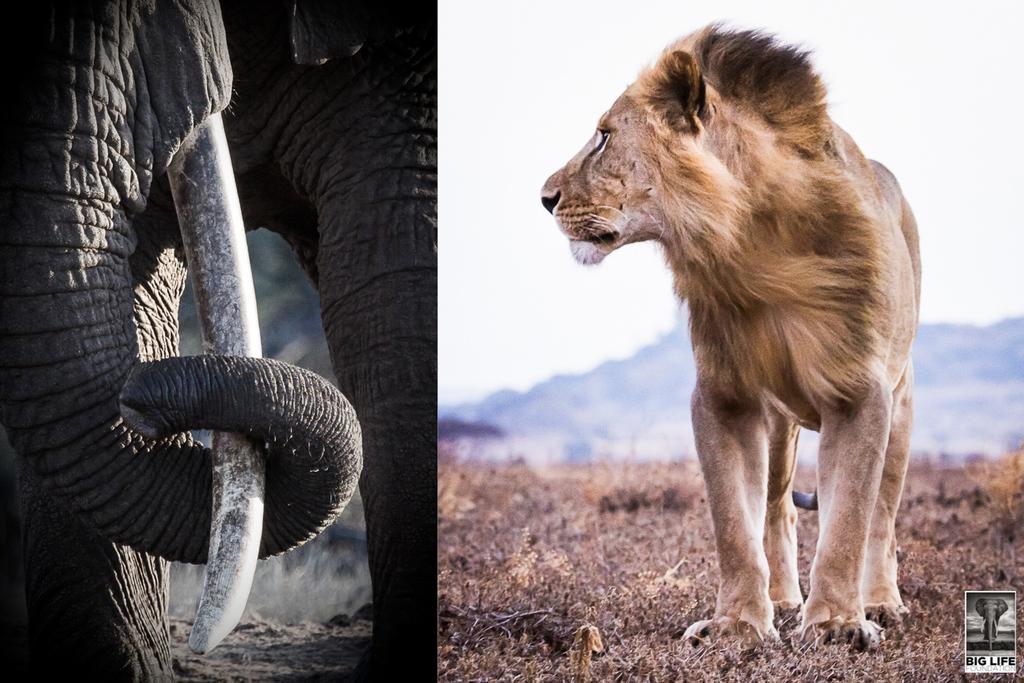 Imagine finding an elephant carcass, two beautiful big tusks still embedded in the enormous skull. A natural death, no wrongdoing on the part of humans, so there’s no harm in selling those tusks. Right?

Absolutely wrong. Legal trade in animal products creates the perfect cover for the illegal trade networks that have such a devastating impact on remaining populations. There is seemingly no limit to human demand for wildlife products, nor is there an end in sight to the corruption that makes the illegal trade possible. So why on earth do some continue to argue for legal trade in threatened and endangered animal parts?

The answer is simple – money. CITES* members have just voted to keep lions on Appendix II (threatened species), which allows for regulated trade. We don’t know what happens behind the scenes, but we do know that there is a powerful lobby of lion breeders who would have to find a more socially-acceptable way to make money if the trade in lion parts were banned.

There is absolutely no way that the disgusting trade in captive lions’ body parts can benefit wild lions. The ongoing legal trade merely fans the fires of demand, and both wild and captive lions will suffer as a result.

Elephants, on the other hand, have fared slightly better at the conference. As was largely expected, three major elephant-related proposals were rejected, including proposals by Zimbabwe and Namibia to resume trade of their ivory stockpiles and a counter-proposal by the majority of African elephant range states to uplist all elephants to Appendix I (“endangered species”). The latter would have killed any chance of legal international trade (until such time that a majority vote reversed the listing).

While many are disappointed by the rejection of the third proposal, even the uplisting of all elephant species to Appendix I would not have carried much weight, as member countries have the option to unilaterally enter a reservation. This bizarre loophole allows a country to reject a species-specific listing without actually being in violation of CITES. It’s how countries like Japan have continued to hunt endangered whales and dolphins without so much as a slap on the wrist. In other words, the uplisting of elephants would have offered literally no protection among non-member or member countries that decided to opt out of this listing.

For now, the international trade in ivory remains illegal, unless you have the right permits. The main criteria for such permits is that trade in the species must not be detrimental to the survival of the species in the wild. Unfortunately, many countries lack the technical expertise, financial resources, or political will to make appropriate non-detriment findings.

On a brighter note, CITES parties adopted a resolution recommending the closure of all domestic ivory markets. It is non-binding and utterly toothless, but it represents an important global consensus on the issue and was strongly supported by China, which is at least a step in the right direction. Similarly, the continuation of a process to create a future ivory-trading mechanism was rejected. There was also good news for African grey parrots and all pangolin species, who will now enjoy increased protection under Appendix I.

It’s sad that CITES exists not to protect species for their own sake, but so that humans won’t hunt them to extinction, thus leaving us with nothing left to trade and exploit. This “regulated” trade, creating a cover for illegal trade, is not working. The world can no longer tolerate the use of animal products as luxury goods (and by those with problems in the bedroom). There are too few animals and too many humans, and we should all reject a future in which animal species exist only for the enrichment of man.

*CITES, the Convention on International Trade in Endangered Species of Wild Fauna and Flora, is an international agreement between governments. Its aim is to ensure that international trade in specimens of wild animals and plants does not threaten their survival. There are currently 183 member countries.