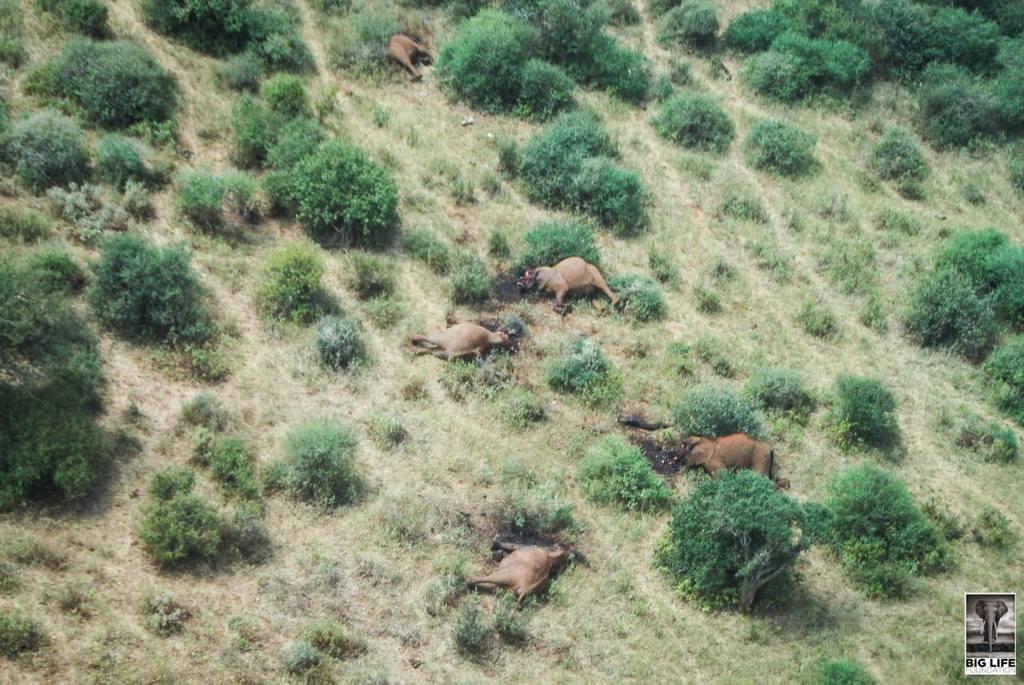 It’s the kind of discovery that stops everything: five elephant carcasses laid out on the dusty earth of Tsavo West National Park, the remains of a family. The gruesome scene, found on Tuesday morning (July 28) has sparked a huge coordinated effort, led by the Kenya Wildlife Service (KWS), to catch the killers.

Big Life's rapid response and dog units immediately joined KWS on the poachers' tracks, and we can report that there has already been some success. Due to the sensitivity of the ongoing investigation, we will release a full update at an appropriate time. Until then, know that there is a team of dedicated people who are not resting in pursuit of those behind this horrendous act.