DEATH OF A TUSKER 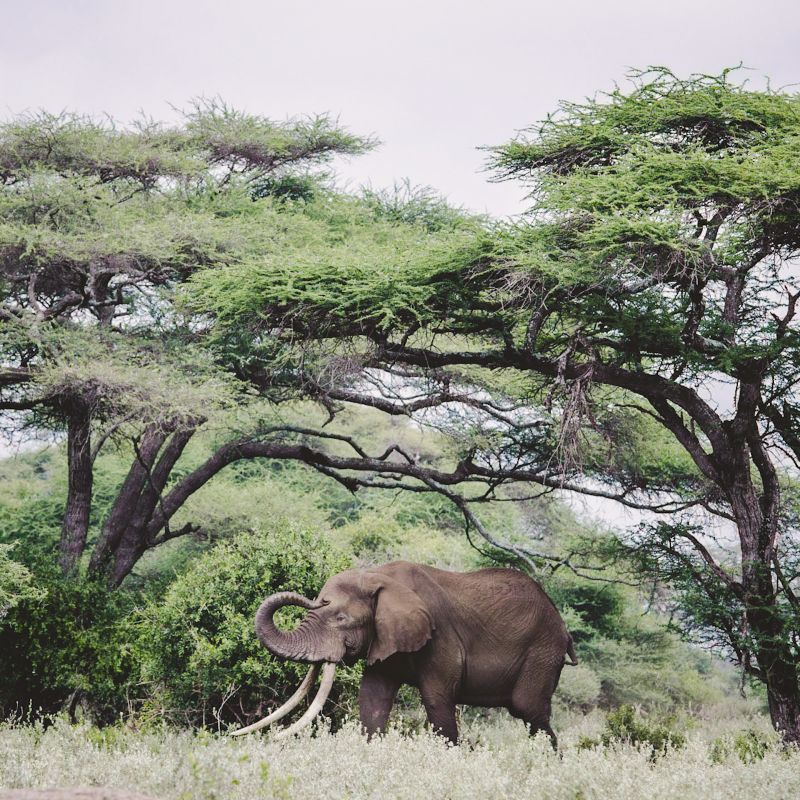 Ulysses. It was a big name to live up to, but this elephant had no problem doing so.

He was born in 1979 and named by the Amboseli Trust for Elephants long before there was any sign that he would grow into one of Kenya’s biggest tuskers.

A ‘big tusker’ or ‘super tusker’ is an elephant with tusks that weigh over 100 lbs each. Very few populations still carry the genes for such huge tusks, and the individuals that do grow them are extremely vulnerable to poaching for their ivory. At the height of the last elephant-poaching crisis, Ulysses’ tusks would have been worth a staggering $200,000 or more on the wholesale ivory market.

Thanks to protection from Big Life rangers and the Kenya Wildlife Service, Ulysses made it through the worst of the ivory-poaching days, only to encounter another threat: Human-Wildlife Conflict. On two different occasions, he was speared by farmers in retaliation for crop-raiding, before the construction of Big Life’s crop-protection fence.

On both occasions, in 2016 and 2018, he was successfully treated and since then has wandered Amboseli, delighting those lucky enough to see him and largely minding his own business.

Very sadly, Ulysses died at the end of March. At 43 years, it is not old age that killed him, since elephants can live well into their 60’s.  The exact cause of death could not be determined by KWS, but his death does appear to have been natural. While it may seem strange to describe it as such, the natural death of any animal (rather than at the hands of humans) should be considered a success.

His tusks were recovered and weighed in at a staggering 51 and 47 kg. Appearance is not everything and having big tusks does not make any one elephant more important than another but, as one of the biggest tuskers in Africa, Ulysses’ giant presence on the plains of Amboseli will certainly be missed.