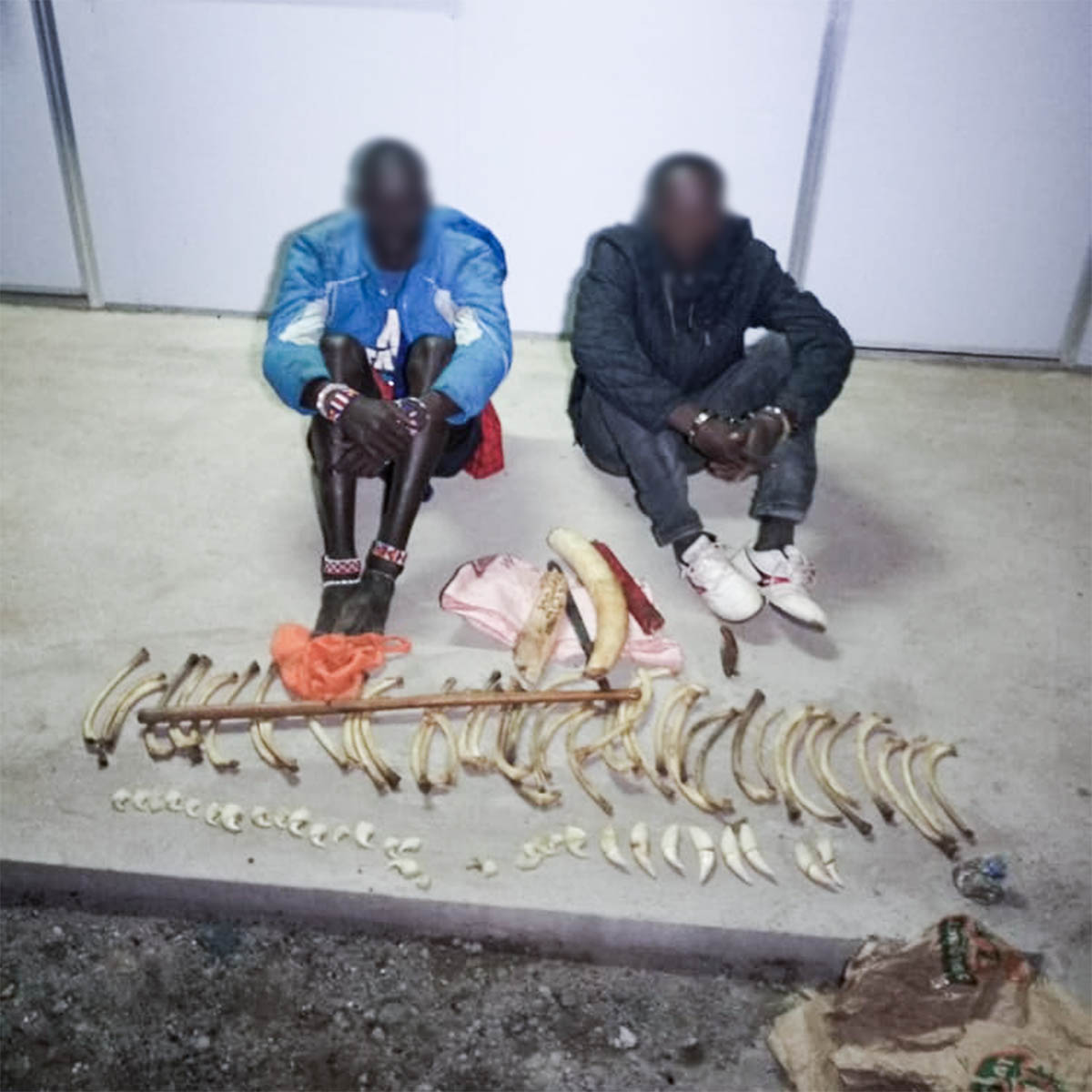 This was no holiday. Two men had travelled to Tanzania on an illegal shopping trip.

After crossing the border, they didn’t have to go far to find what they were looking for on the black market – dead lions. Or rather, parts of dead lions. 42 ribs, 8 canines, and 21 claws to be exact, plus 2.8 kg of elephant ivory.

They then returned to Kenya planning to sell the items at a higher price to make a tidy profit. If not for Big Life’s intelligence network, it may have worked. An undercover informer found out about the items for sale and made contact with the men. They were immediately arrested with support from the Kenya Wildlife Service, contraband in hand.

Big Life’s intelligence department has been involved in a flurry of recent arrests related to trafficked lion parts, and we are still unsure whether it represents a real increase in the number of items being traded, or if it is simply that our intelligence networks have unraveled threads that lead from one trader to the next.

However, there is no doubt that the demand for lion parts is a threat to vulnerable wild populations, and the signs point to a growing trade. Lion teeth and claws are believed to have uses as charms in traditional “medicine” both locally in Africa and in Asia, and the bones are now being used as an alternative to tiger bones (which are rarer and more expensive) in Traditional Chinese medicine (TCM).

The fact that some countries, notably South Africa, still issue quotas for the legal export of captive-bred lion skeletons is likely to be fanning the flames of demand, and providing a legal cover for illegal trade. As we have seen with past experiments of legal trade in elephant ivory and rhino horn, this ends in disaster.

We hope that sense will prevail, and trade in ALL lion products will be declared illegal in the near future. In the meantime, we will continue our work to combat the illegal trafficking in the borderlands region of Kenya/Tanzania, through intelligence gathering and on-the-ground enforcement by community rangers.