CUTTING TO THE BONE 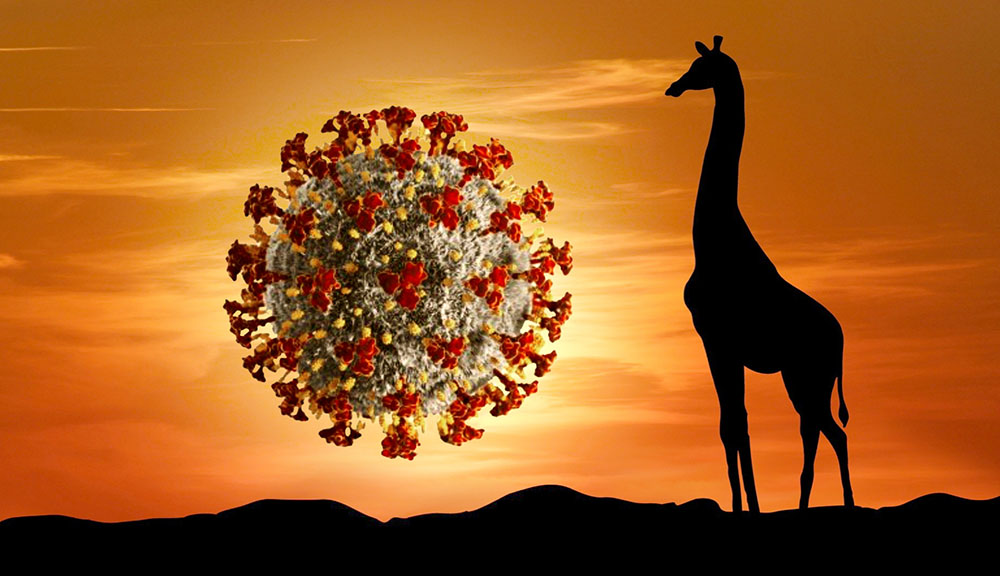 In the darkness, a beam of light switches on. It reveals two eyes, almost 20 feet above the ground.

The eyes of a giraffe. It is blinded, confused, and unable to see a second person approaching from behind. The man with the flashlight blasts a horn, further disorienting the animal. It allows the killer to get close enough to swing his machete into one of the giraffe’s legs, severing its tendons. This is the method used by poachers to kill giraffes.

Big Life rangers find the carcass the next day; nothing but skin and bones left. The tracker dogs give chase, but the poachers are too far ahead, and the dogs lose their scent moving into a nearby town.

This was the third giraffe poached in one week in May. This is not normal. Only 4 giraffes were poached through the whole of 2017. In 2019, which we consider to have been a very bad year for bushmeat poaching, we lost 16 giraffes.

If the current rate of killing persists, we will lose ten times as many this year.

Giraffes are not the only species being targeted. Snares are indiscriminate killers, cheap and easy to deploy. Our rangers have destroyed 47 of these horribly simple devices during the month of May alone. Beyond our core operating area, our intelligence network is picking up reports of increased poaching all around. Everything suggests that an avalanche may be coming our way.

The likely cause? A chain reaction that started in China late last year.

We don’t need to remind anyone of the global economic disaster wrought by COVID-19. In Kenya, tourism has collapsed for the foreseeable future. Overnight, international flights stopped arriving. Camps and lodges closed their doors and sent their staff home. Tourism is the only source of jobs in many wildlife-rich areas in Africa, and hundreds of thousands of people working in the industry will now be unemployed and struggling to put food on their tables.

Suddenly, and understandably, anything edible has a price on its head. An animal is no longer an animal; it is food.

We don’t want hungry people put in jail for killing wild animals to feed their families. The commercial bushmeat industry is the real threat. It’s a huge illegal trade, and the giraffes killed last month were not killed to keep a family from starvation. This is killing for profit.

Just days after the death of the third giraffe in May, we heard from our informer network that what appeared to be the same poaching gang was planning another kill. Not knowing exactly where they would strike, our rangers were unable to prevent the death of the fourth giraffe. But they did catch one member of the gang. As a result, we have the names of the other two members, who are now on the run in Tanzania.

This gang, and the others that will inevitably follow, presents a threat to the conservation success story that is Amboseli. Most animal populations here, including elephants, lions and cheetahs, are stable or increasing, a stark contrast to the dramatic decline in wildlife across much of the rest of Africa. The local giraffe population has roughly doubled in ten years of Big Life’s work (we know this thanks to monitoring by the Amboseli Conservation Project), and is now close to 7,000 giraffes.

The continental population of giraffes is down to around 110,000. It was about 160,000 as recently as 1985, just 35 years ago. That means that the Greater Amboseli ecosystem protected by our rangers (relatively small compared to the size of Africa) is home to more than 5% of the entire African population.

Meanwhile, it’s obviously not just giraffes at escalating risk of being killed for bushmeat.

Multiple species—from gazelles to impalas to dik diks—are now under increased threat. These animals are important in their own right, and collectively, they help the ecosystem stay balanced and thriving. 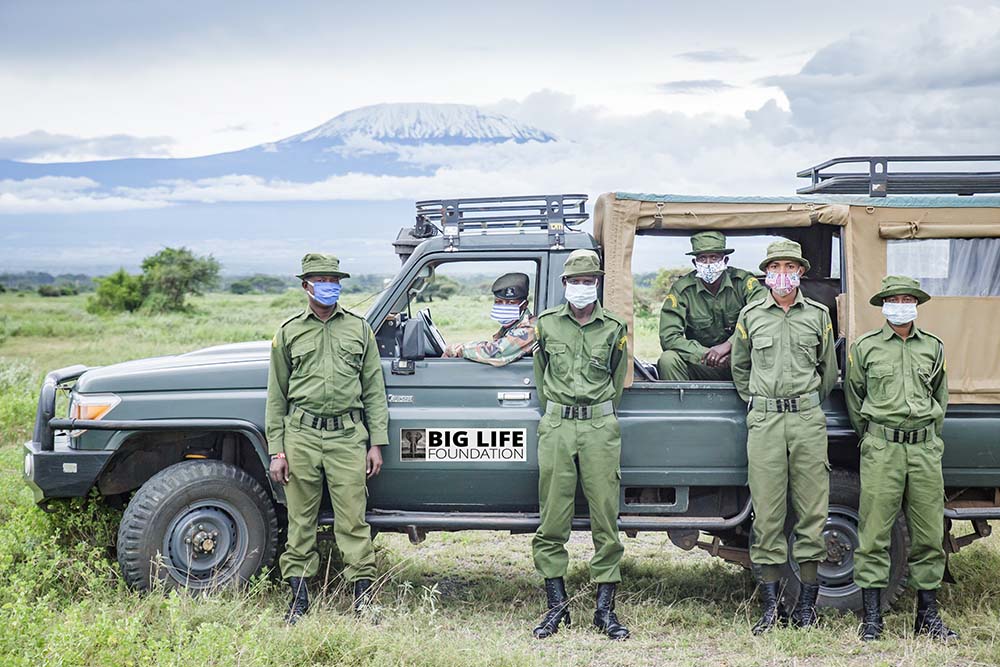 Thanks to you, our supporters, we’re ready to respond to this escalating risk of poaching. Big Life now has over 300 rangers working in 42 units across the Greater Amboseli ecosystem. Threats like this are exactly what Big Life’s experienced rangers have been training for. We just need to make sure that we can keep them out there doing their jobs.

The impact of our work has never been more important for animals, and the same is true for people. With over 500 people on our payroll, Big Life is the largest single employer of locals from the ecosystem. As other forms of employment have evaporated, these jobs have become even more important. On average, each ranger’s salary supports a household of 10+ people, so any cuts will ripple even larger.

Many around the world are currently fearful about what will happen in their own lives and communities. Philanthropic giving has unsurprisingly been badly impacted, and we expect this to continue.

Indeed, to complicate matters further, funding for other NGOs elsewhere in the ecosystem has dropped dramatically, due to the collapse of tourism that funded their programs. And with the current financial pressure on the country as a result of COVID-19, the government has also had to significantly cut back wildlife protection operations in the area. The result is fewer rangers patrolling in those areas, just at the time when the extra support is needed most to maintain the health of the contiguous ecosystem.

For those who know Big Life, you know that there is very little fat we can afford to trim. We’ve done the math on the impact of an anticipated 40% shortfall in our annual budget, bringing our operations down to the bare bones, and it’s bleak. There will be vehicles sitting in garages instead of out patrolling, aircraft will be grounded, broken equipment won’t be replaced. Critical programs will be closed down until we once again have the funds to operate at full capacity.

We wish that we didn’t have to describe this as an emergency appeal, but that’s exactly what it is. We’re cutting our budget to the bone. We don’t want to go further and cut into the bone itself.

We must keep our rangers in the field. And we need your support to do it.

We know that these are challenging times for all, but truly, any amount will help. Thank you.