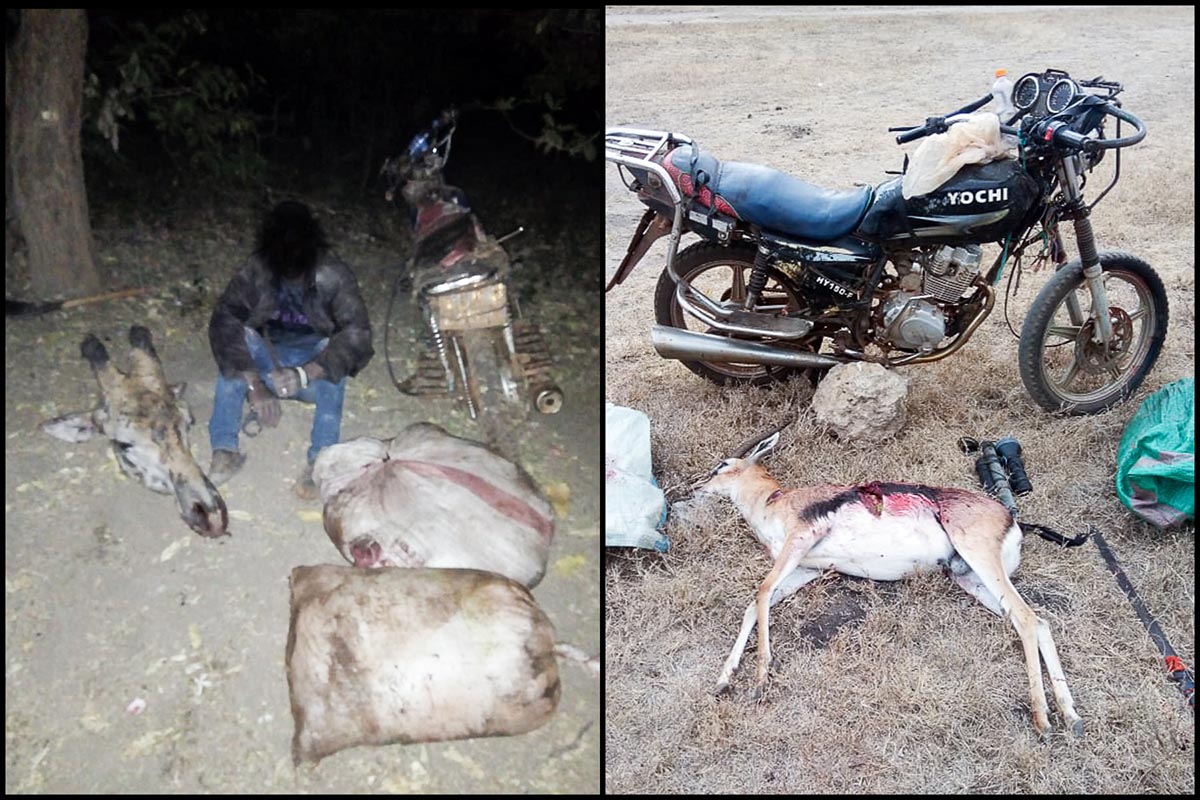 Some poachers are more successful than others, which unfortunately means more dead animals.

We know them by name, either real or fake, that turn up again and again in Big Life’s intelligence reports. But knowing who they are does not necessarily make them easy to catch. These poachers have their own information networks, providing a warning of ranger patrols and helping them to stay just out of reach.

It can be a chase that lasts months or even years, depending on the wit of the poacher. But everyone makes a mistake eventually, and this month, two of Big Life’s most wanted poachers did just that.

The first was caught on Rombo, bordering Tsavo West National Park in the southern sector of Big Life’s operating area, after killing a giraffe. We have known of him for the last year, during which time his gang was responsible for almost all of the bushmeat poaching incidents in that area.

Days later, the Big Life intelligence team worked with Kenya Wildlife Service to arrest another poacher on the opposite side of the ecosystem, this time with a dead gazelle. This poacher had been on our radar for the last three months.

Ranger units don’t simply walk out on patrol and stumble across a poaching scene. Each arrest is carefully planned, the result of a lot of patience, information-gathering, and background work.

Only by catching enough active poachers can we raise the risk of arrest to a point where it deters others from poaching in the future. Some poachers might evade arrest for a short while, but Big Life’s rangers work to make sure that ultimately there is only one end to a poaching career in Amboseli.