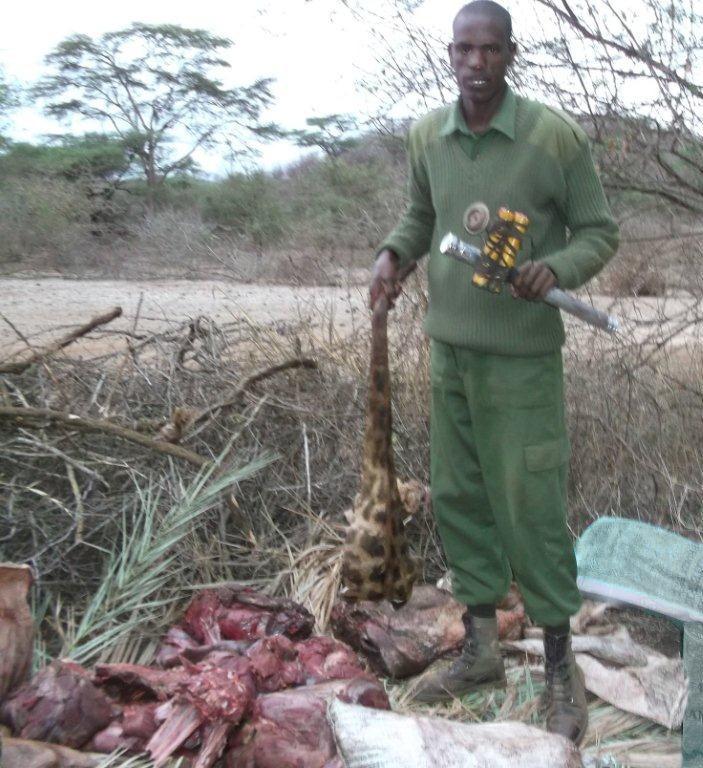 We are now at the peak of the dry season here, and true to form, we are seeing the bush meat trade flourish.

This happens for two reasons: wildlife is concentrated around the few water points left, and more difficult to deal with, harvest time is over, so meat prices go up.In the last 10 days, the Big Life teams have arrested seven poachers in three different cases of poaching, all of them using spotlights at night, and killing eight animals between them. Killing at night by spotlight, the poachers blind the animals, and then move up to them, taking down the likes of even giraffes with machete blows to their legs. A gang got away with killing a giraffe, and we never caught up with them, but at least they did not get the meat.The good news is that over this period, the Big Life teams managed to intercept two other gangs as they were making their way to the hunting areas.So in a total of six known cases of poaching and attempted poaching, we have five successes, if you can call catching poachers after they have killed a success. It’s not really in my book, but at least they are behind bars. All in all, however, hats off the Big Life rangers who continue to do a great job across such a vast area.