BIG LIFE RANGERS SAVE PRIDE OF LIONS FROM MAASAI WARRIORS

That's my call sign on the the Big Life radio network, and if I hear it after eight in the evening, I know it's bad news.

On Wednesday, I got such a call from the Big Life game Ranger outpost at Rombo. True to form, it was bad news. The message was that there had been an attempt to to kill a pride of five lions, and that I should come first thing in the morning, that the situation was ''MAYDAY'', which means that the situation was life-threatening.

Before sunrise, with just enough light to see the runway, I was airborne in the Super Cub. Half an hour later, I landed at the Rombo airstrip by the Big Life ranger post, where worried-looking rangers met me and recounted the following story:

The day before, a young Maasai warrior had run into their camp to say that a pride of five lions had attacked his herd of cattle. Two cows had been killed, and the lions were still feeding on them. He told the rangers that they must go there immediately to scare the lions away, as another warrior who he was herding with had already gone to local Maasai warriors to come and help spear them.

So here we have a situation of one warrior, who had just lost two very valuable and prized cattle, coming to ask the rangers to help him stop other warriors coming to kill the lions..... WHY?

The reason is this : just last month the Maasailand Preservation Trust and Big Life Foundation started a program in the Rombo area to educate the coming-of-age warriors that the days of killing lions for sport and retribution, or, killing elephants for their tusks, were over. Their new role as warriors was to preserve them as both are on the brink of extinction and the Maasai need to become the custodians. This in turn would bring them much-needed jobs, and the opportunity to also help bring tourism to their area. However, in the meantime, unlike other Maasai Ranches in the ecosystem, Rombo does not receive compensation for losses of their livestock killed by predators, and each livestock owner, however poor he is, has to carry all losses.

But right at that moment, the rangers knew that once the warriors were on the trail of the lions, there would be no turning them back. They rushed to the kill site and there was the pride - a lion and lioness with three cubs, gorging themselves on the cows. The rangers set off a couple of thunder flashes, causing the lions to abandon their kill and retreat into the thick bush. Moments later, the Maasai warriors arrived armed with spears. On seeing that the Big Life rangers had scared off the lions, they vented their fury to such a degree that the rangers came close to being attacked.

At this point, we began hearing the high pitch ululating of Maasai women, the age-old signal of distress and the calling to arms of their men. About one kilometre away, we came across about about 50 women, hysterical and obviously angry. They ran towards us, shouting and screaming that the rangers had frightened the lions away, so stopping their warriors from killing the lions, and putting the blame of the lions killing their livestock on us. They began banging the car with their fists, screaming in hysteria as they did so. At this point, a Maasai elder appeared, carrying a long stick and set about beating any women who came in range, helping disperse them sufficiently for us to make a rather undignified retreat. It turned out the Elder was the owner of the cows, and was telling them he did not want trouble and that the issue would be sorted by men, not women!

Shaken, we moved to a hilltop to observe the proceedings and establish radio contact to call in reinforcements and to alert the Villager chiefs. From our vantage point, we watched as groups of warriors appear from all points of the compass, all heading to where the lions were last seen the day before. To my relief I also began seeing elders appear, including the chiefs, all of whom made it clear that they were on our side and that we must stop the warriors from going after the lions. They too looked nervous, and said we must be careful as warriors, when worked into the frenzy in which they were, could be very dangerous and unpredictable, especially today as they were being egged on by the women who were telling them if they did not go and kill the Lion, then give them their spears and they would do it for them!.

We waited about an hour and then moved with great trepidation to where the warriors had gathered. We approached the group who had now grown to about 100 warriors, all armed with spears and stabbing swords... in full battle dress. The elders called to them to relax and sit down, but their words seemed to have little effect. Suddenly a warrior collapsed and went into convulsions. Then another, and another. The situation was soon out of control and as a mass, they turned, screaming the battle cry and sprinting towards the thicket where the lions were last seen.

Francis Legai, the Big Life commanding officer who was with me, cocked his rifle and said "Richard, we must get out of here''. I needed no prompting, and as nonchalantly as we could, we started to slowly walk back towards where the plane was parked about 500 yards away. The temptation to jump in and get out of there was huge, but I told Francis that we would never live it down if we were seen to abandon the situation and fly away, leaving the rangers to face whatever was to come, so we waited with the rest of the leaders to see what would transpire.

About twenty minutes later we saw a group of five warriors approaching. They were the leaders and said were ready to talk. There followed a long list of demands. They said the community in their area had lost of sixty head of livestock to predators in the last month and their patience had run out, that they wanted our livestock compensation scheme to be implemented in Rombo, or they would be forced to kill whatever predator killed their livestock. They also said they wanted more jobs open to them to become game scouts, so that they could also glean benefits from wildlife.....For them, they said, wildlife at this point was ''hasara'' , which loosely translated means nothing but loss.

What they were saying was preaching to the converted, as my mantra has always been that if communities who live with wildlife do not derive benefits from wildlife, then the game is over. They asked me to come and speak to the warriors and tell them what we could do to help rectify the situation, so we went back to where the warriors were now gathered under a grove of trees. They were now sitting - a good sign - but the early morning light still glistened rather ominously on the hundred or so spears they were still holding.

Unfortunately I had to tell the assembled Maasai that we would be unable to expand the compensation project to Rombo, as the predator compensation funding on the other ranches we were covering was in jeopardy, despite the success of the projects, due to a lack in funding, but I would offer a ''one-off'' consolation payment to the owner of the two dead cows ($500), and I that I would do my best to try and raise money for ongoing payments, but only if they were patient and did not threaten to kill, or kill any more predators or elephants. The only other arrows I had left in my quiver was to tell them about the benefits wildlife was generating on the other ranches we worked on around the Amboseli ecosystem : employment, tourism revenue, education, health care, and that if they decided to kill predators or any other wildlife, they would be ruining their own communities' chances of harnessing wildlife-related benefits in the future.

The warriors accepted this on condition that the owner of the cows was paid within three days. He stood up and said that he would indeed accept the consolation payment, and even went on to say that he forbad the warriors to kill lions, but Big Life must try and help the community find a tourism investor to develop a wildlife-based industry on the ranch.

So what did we learn and achieve on that day? It reaffirmed my conviction that without offering consolation payments for depredation of livestock by predators, we would have to join the millions of acres of wildlife habitat where predators have become extinct - the beginning of a slippery slope to a world that consigned wildlife to history. It also reaffirmed that the most of the Maasai people living with wildlife are open to continue to live with it, but must see benefits. Lastly, it showed that the importance of education, If we had not started the Menye Liok project which set out to educate and offer alternatives to hunting, the Maasai warriors would have probably killed those five lion on the first evening, with more than a good chance of a warrior or two being killed in the process.

Now, like everywhere else we play for time. We have to deliver more jobs, starting with employing more community rangers to protect wildlife from poaching and incidents like this. We have to deliver more than rhetoric, and raise money to make good losses to console against wildlife-related losses. But probably more important, we have to develop sustainable wildlife-related income, that will bring wildlife out of the debit line and into the credit line. Then we will have a chance. 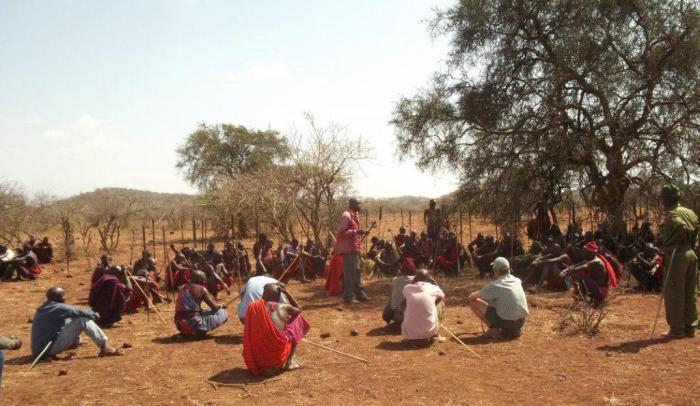 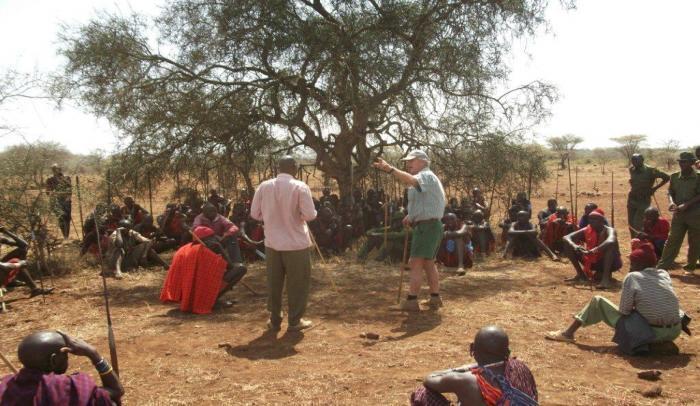