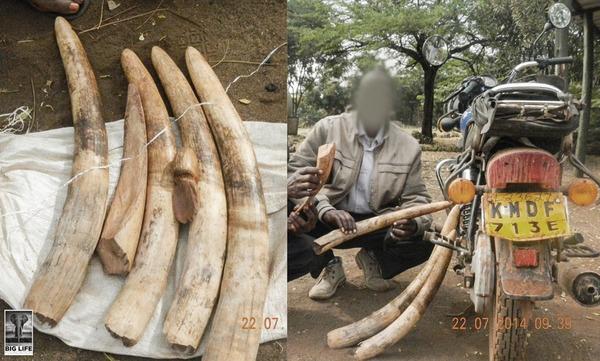 Breaking up an ivory supply chain is like fishing. At the bottom there are the small fish, numerous but by no means harmless: the elephant killers, living amongst us. These we catch with our wide, sweeping net of community rangers.

As you move up the chain, the fish get fewer, but they get bigger and more important: the dealers.

To catch these people you need different tactics. They are masters of camouflage, and to bring them out of hiding requires carefully crafted lures. Human ones.

Last week we sent a small undercover team, in co-ordination with Kenya Wildlife Service, to one of the commercial hubs of the Amboseli-Tsavo ecosystem. But these men were on no ordinary shopping trip; they were posing as ivory buyers.

Through a trusted intermediary, our men had already set up a meeting, but there is never any telling if the lure has been successful, or if you have been played. In this case, the approach of a motorbike suggested the former.

These sting operations are always tense and highly risky. The dealer arrived with six pieces of ivory, four complete tusks and two broken pieces. At least two dead elephants. Unfortunately the dealer caught wind that something was amiss. He had chosen a favourable location, and managed to get away from our small team.

Despite this, the operation was a huge success. It took place beyond the limits of our normal operating area, but we know that this well used ivory route needs more attention. In fact, this area will in the very near future be well covered by our mobile rapid response unit, due to launch in the next month, and these undercover operations are laying the foundation.

As for this ivory dealer, we confiscated the tusks and his motorbike, and now have the evidence that we need. We know who he is, and will be working to catch him. Ivory trading can be a lucrative business, but we are making sure that it is an unwise one.