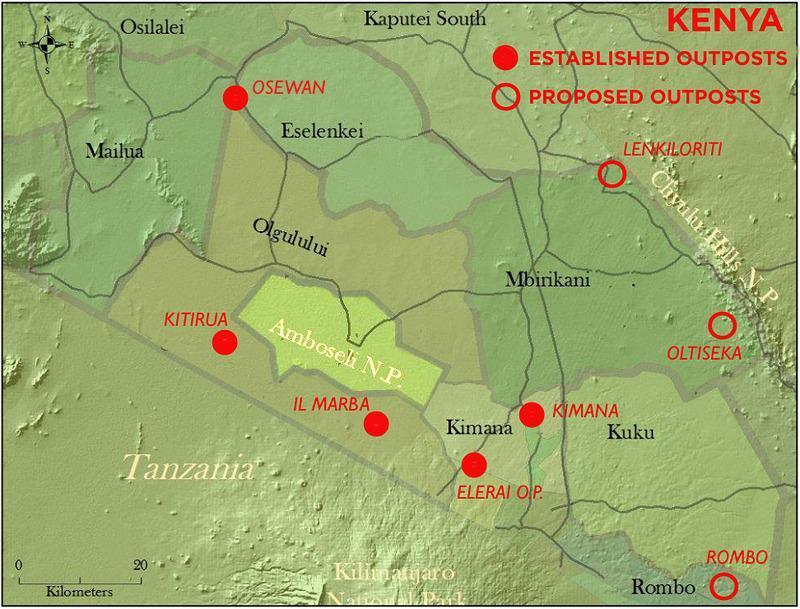 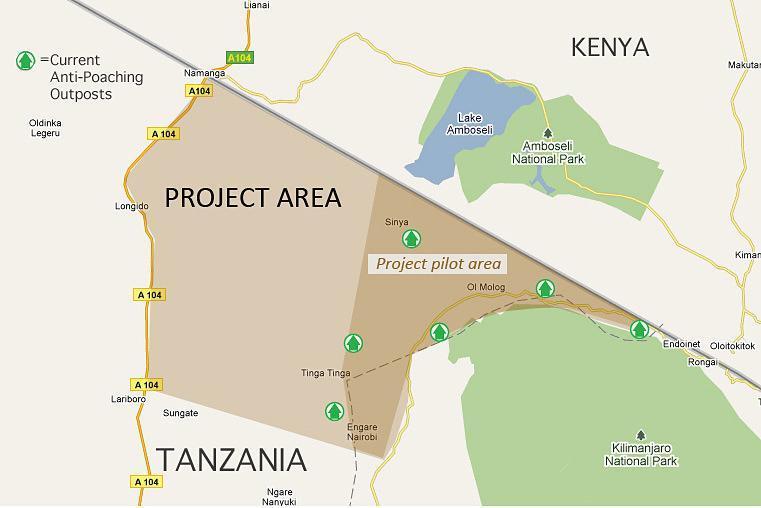 INFORMERS
Kenya & Tanzania : Massively expanded network of informers on both sides of the border. Rewards increased up to $1500 for information leading to arrest of poachers with ivory.

TRACKER DOGS
Kenya & Tanzania : Two sets of tracker dog puppies, one set for each side of the border, were purchased in February, with six months of training to follow, to be ready out in the field for September.

Of course, we have spent a huge amount of money in start-up costs in an attempt to make a difference fast. And we have achieved that. We know that what we are doing is working. But we have over two million acres to protect in the Amboseli ecosystem, and still have a long way to go in donations to achieve SUSTAINABLE operations in both countries across this area.

We still need to build and man a significant number more anti-poaching camps, with accompanying patrol vehicles and equipment, totaling 160 rangers in 18 camps across the ecosystem. We are about halfway to those figures, and can get there with your help.

We're not just attempting to protect the elephants, but also the diminishing populations of lions, giraffes, zebra and other plains animals also being hunted down by the poachers. We may have brought down the most active of the three gangs operating along the Kenya-Tanzanian border of Amboseli, but there are the other two known gangs there, and all the other poachers operating in the other areas of this vast region. While the demand for ivory and all the other animal part remain, there will be many who cannot resist the fast, easy profits to be made out of killing these irreplaceable creatures. With your help, we will be there to stop them, and allow than animals to flourish in peace once again.