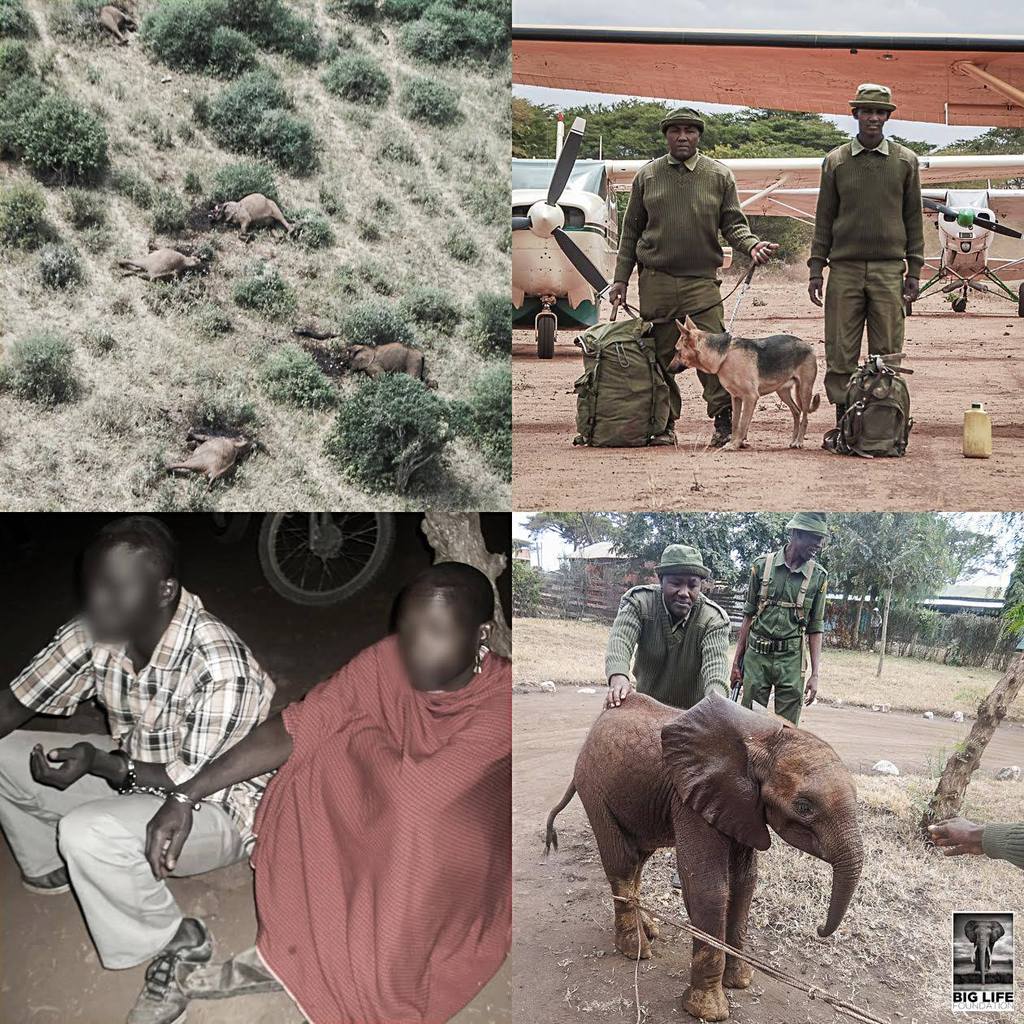 It started the same way that all elephant poaching incidents do. The grisly discovery of lifeless bodies, five of them in this case, lying in the bush with their faces hacked off. A family group of all ages. What was different though, was what came next.

The Kenya Wildlife Service tracker dog was straight onto the poachers’ trail. The Big Life tracker dog and mobile Rapid Response teams joined the hunt where the tracks left the Tsavo West National Park, moving onto community land. The tracks ran on, and the rangers ran with them.

Assisted at times by expert human trackers, the dog teams followed the trail to two neighbouring homes. There was no sign of the ivory, but Big Life tracker dog Deedee and her KWS companion led the rangers straight to two axes and a saw, still wet with blood. This sparked a local manhunt and with the help of the local community, KWS and Big Life identified and arrested two suspects.

We activated the Big Life informer network, and a day later, word came back about a third member of the gang, hiding out in a small town some 40 miles from where the elephants were killed. An undercover Big Life team went in that evening, and together with a back-up unit, arrested the third suspect the next morning.

Closer to the scene of the killing, something small stirred in the bush. There was a survivor, a tiny baby elephant. Having witnessed the massacre of his family, and then spent two nights alone in the bush, the orphan was traumatised. But a joint Big Life/KWS team managed to catch and transport him to the nearest airstrip, where a plane was waiting to take him to the The David Sheldrick Wildlife Trust orphanage in Nairobi. He has a long psychological recovery ahead, but apparently seems remarkably resilient, friendly and bonding with other elephant orphans.

As for his family’s killers, three are already behind bars. This success was possible because of a level of cooperation, led by KWS and including Big Life Foundation, The Tsavo Trust and David Sheldrick Wildlife Trust, which may be unprecedented.

We already have all the tools that we need to catch poachers; we need only the will to pull together. In southern Kenya this is happening, and it brings hope.

It is with great sadness that we report the death of the baby elephant orphaned in this killing. It seems that the trauma and stress were just too much, and he passed away from complications at the orphanage.