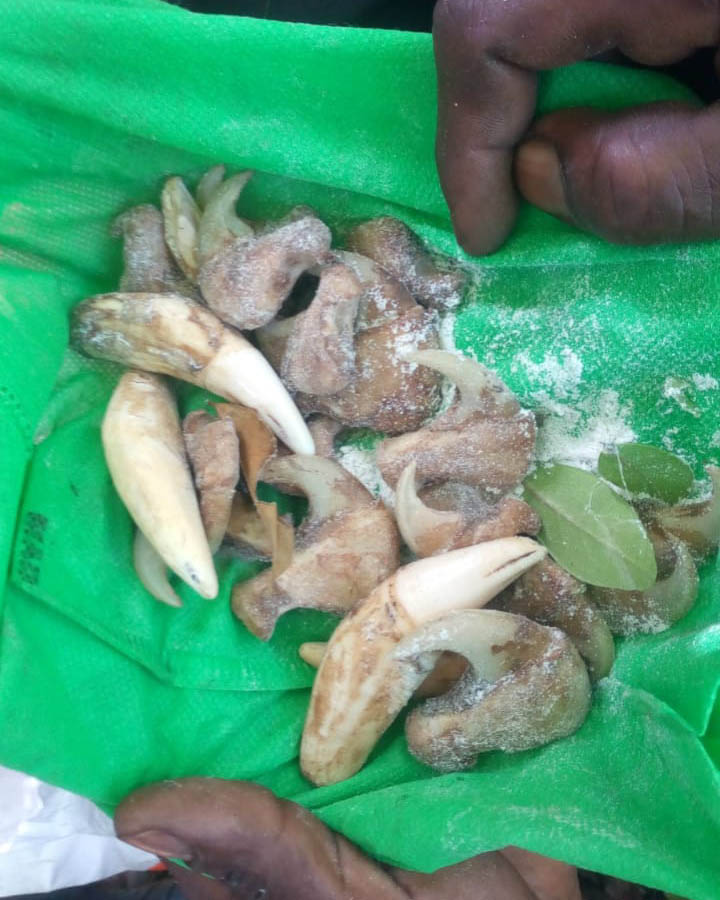 Unfortunately for three lions, there were a few we didn’t find until it was too late.

The lions were probably not the intended target. These were snares set to catch ungulates for the bushmeat trade. In this case, the lions were bycatch. That’s the term for it in the marine world – bycatch – when unintended creatures are caught while fishing for a different species.

The lions would have been caught while walking along well-used wildlife paths, possibly lured toward the snare lines by the sound or scent of other animals already caught in the snares. Regardless of whether they were the targeted species or not, lion body parts have value to poachers and traffickers on the black market.

Their carcasses were decomposed by the time Big Life rangers found them, but it was immediately obvious what was missing: their teeth and claws. Those parts are believed to have uses as charms and in traditional medicine both locally in Africa and in Asia.

Big Life’s intelligence department immediately got to work to find those responsible, and it wasn’t long before the trail started to warm up. An undercover informer heard news of lion parts for sale, and working with the Kenya Wildlife Service, a bust was set up. The traffickers suspected nothing until it was too late, and two men were arrested with 20 lion claws and 4 canine teeth from one of the carcasses.

Rangers are still actively trying to track the body parts from the other two lions but it was a success to break the chain in at least one case. We won’t stop chasing, and will make sure that those involved in the illegal wildlife trade are never safe.