Another one bites the dust: gang member caught 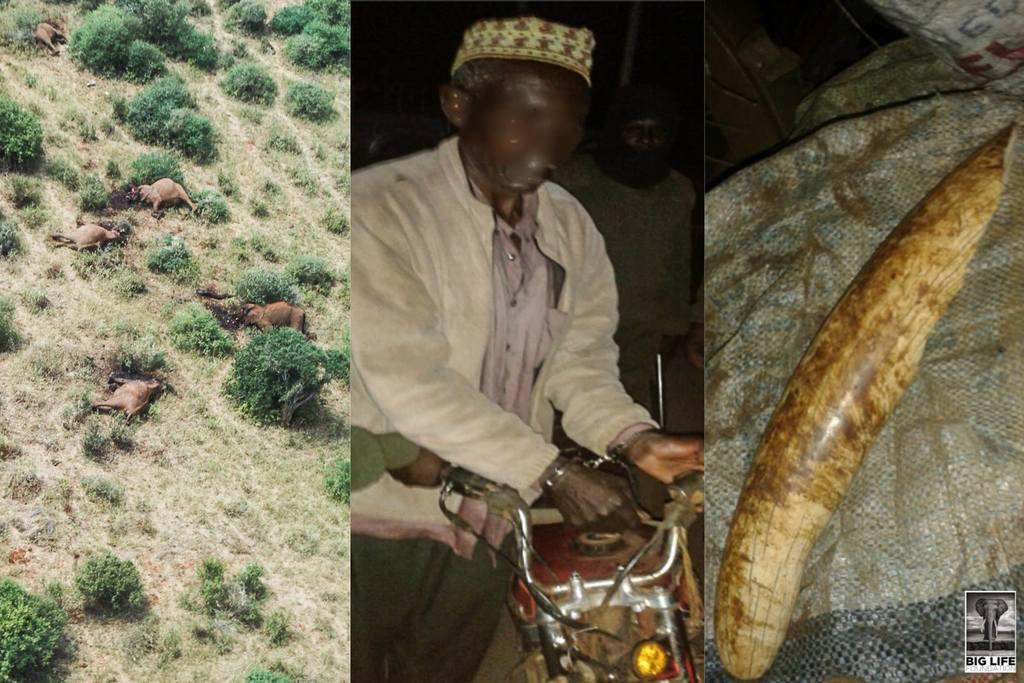 It’s been six long months since the fugitive went on the run, melting into the hubbub of life along the border of Kenya and Tanzania. Since then he has managed to stay out of sight, but was never far from our thoughts.

The chase started last year after six elephants were gunned down in Tsavo West National Park, their tusks cut out. The response was immediate, and within hours there were teams from Big Life, Kenya Wildlife Service (KWS), The David Sheldrick Wildlife Trust, and THE TSAVO TRUST on the scene. Teamwork and well-trained tracker dogs paid off: two of the culprits were caught within hours, and Big Life arrested one more a few days later.

But some of the gang escaped, their motorbike tracks crossing the Tanzanian border and joining a thousand others. The trail went cold, but we were determined to track them and bring them to justice.

Big Life’s intelligence network doesn’t sleep, and after months of patience, things finally started to speed up last week. One of the gang members had made a very bad decision: he had come home.

Rangers from Big Life and KWS surrounded his hideout late one night and surprised him from the darkness. He was arrested with a piece of ivory weighing an estimated 20 kilograms. Clearly, he had been running his business from hiding.

This is another huge success and sends a strong message to elephant poachers in this borderland region. Around Amboseli, there is no such thing as ‘getting away with it.’ Time may pass, but nothing is forgotten.