AND THE BEAT GOES ON (DAYS OF ACTION)

Just because the Big Life website has been quiet for a few weeks, don’t believe for a second that life here in the Amboseli ecosystem has been devoid of action…….Here are some of the highlights:

January 11: ROMBO : As a result of an informer tip off, the Rombo rangers set an ambush. That night, two poachers arrested, having killed a female Impala and her calf. 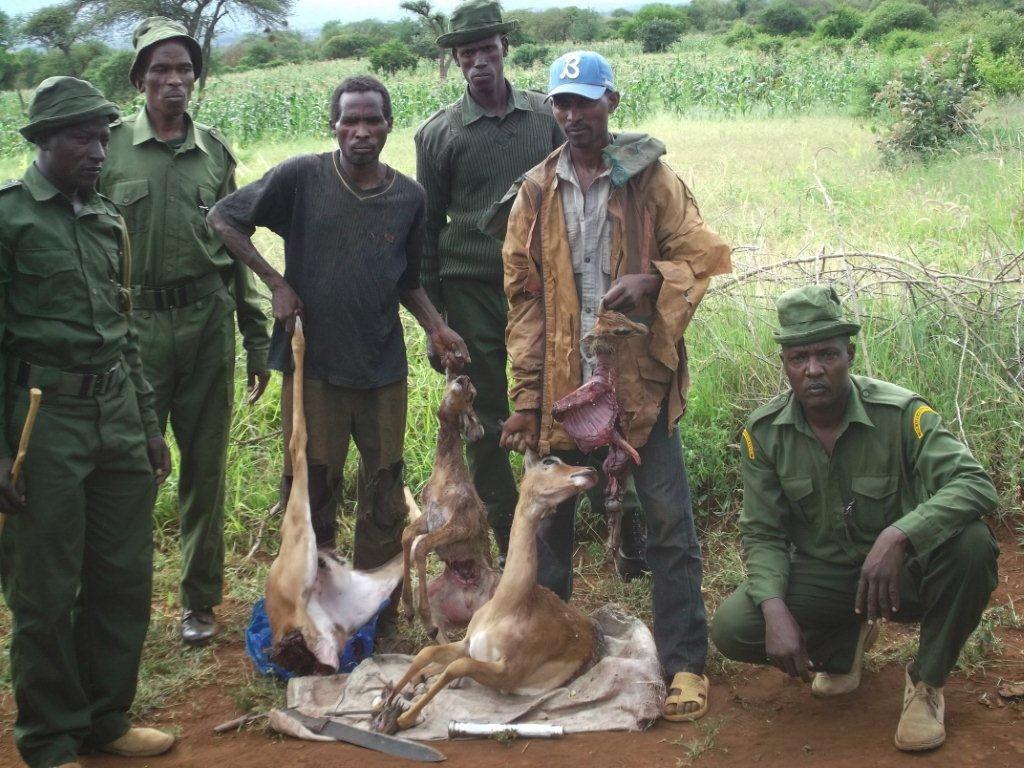 January 12 : CHYULUS : A Big Life Chyulu unit informer leads KWS in a sting operation near the Nairobi-Mombasa highway. The result: the arrest of two poachers in possession of a leopard skin and poison used to kill it. 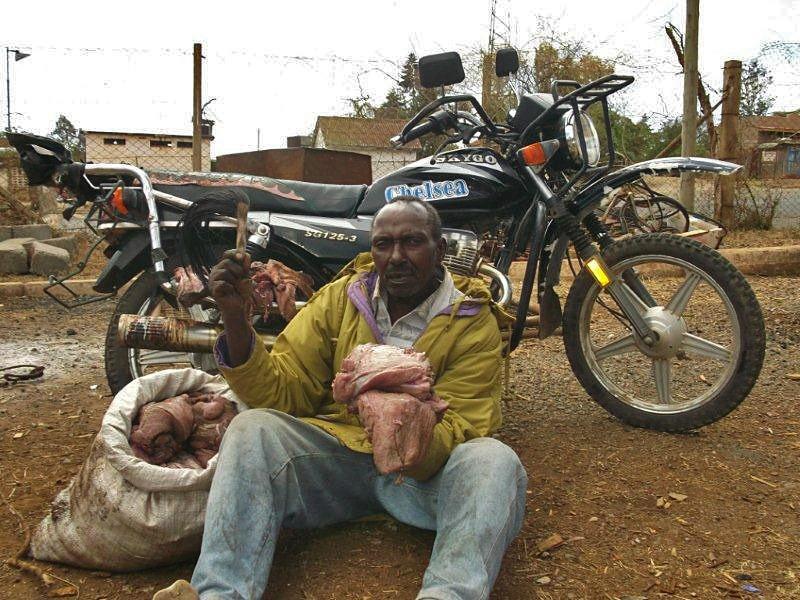 January 30 : CHYULUS : An arrow shaft protruding from an elephant’s stomach is noticed by a group of Big Life Rangers on patrol. This is the classic shot that bow hunting poachers go for. 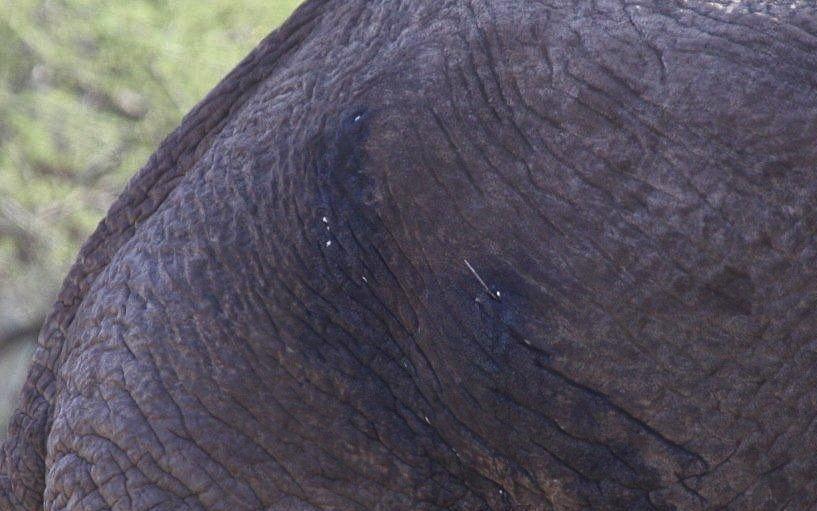 Help arrives in the form of the Sheldrick Wildlife Trust flying vet, our hero Dr. Poghorn. In his normal efficient way, he darts and immobilizes the elephant. 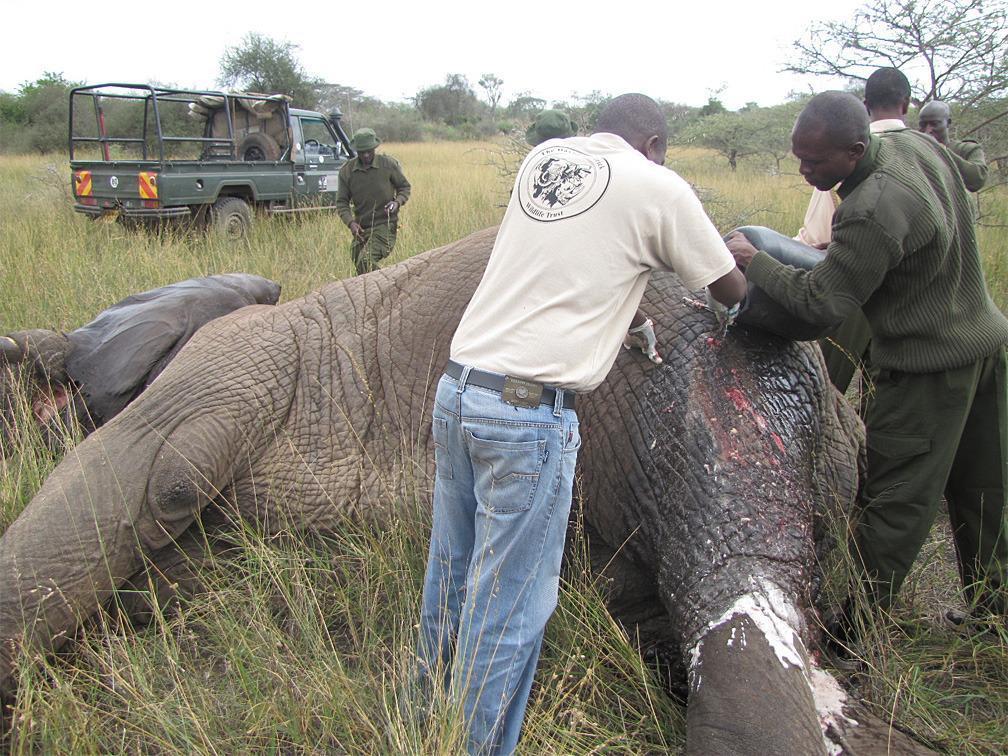 He removes these two arrowheads, one from the stomach wound, one from a back leg.

Thankfully, the arrows have not penetrated deep enough, so the poison did not make its way into the elephant’s blood stream. He would have survived the poison, but would have likely died of septicemia if we did not intervene. 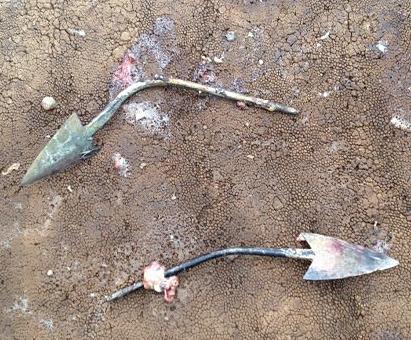 Still dozy from the anaesthetic, he rises to his feet. 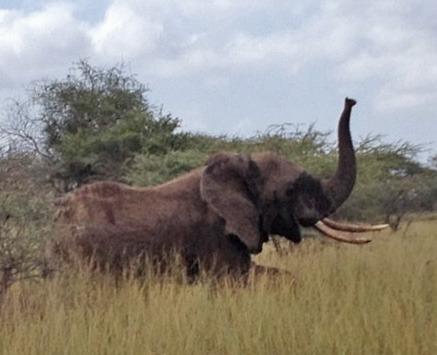 February 4 : KIMANA : The Kimana team on patrol find these tracks.... 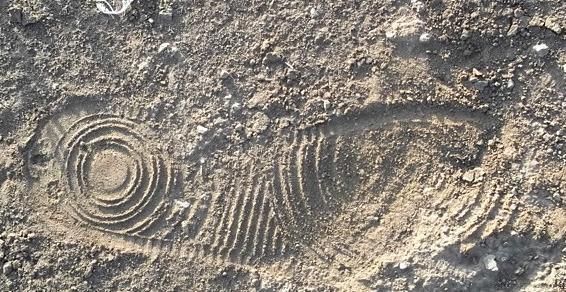 And follow them to find a tell-tale blood spoor.... 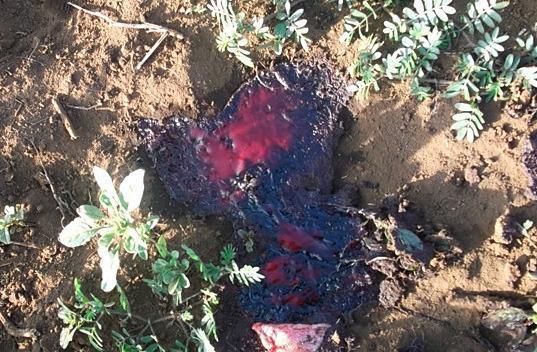 Which leads them to an arrest.... 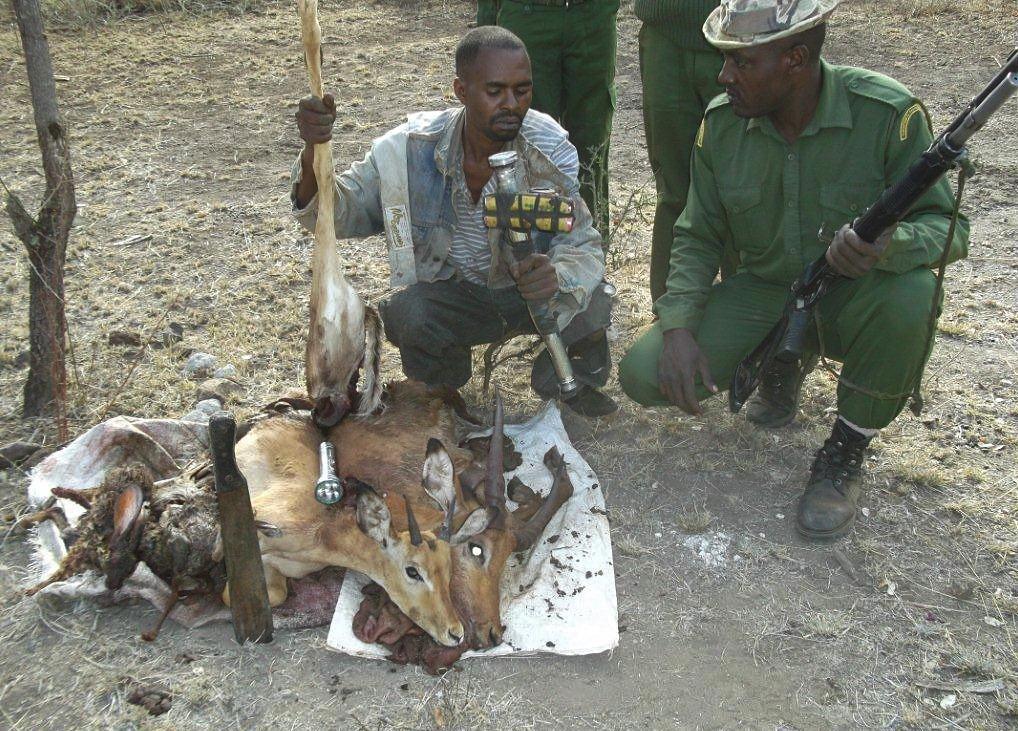