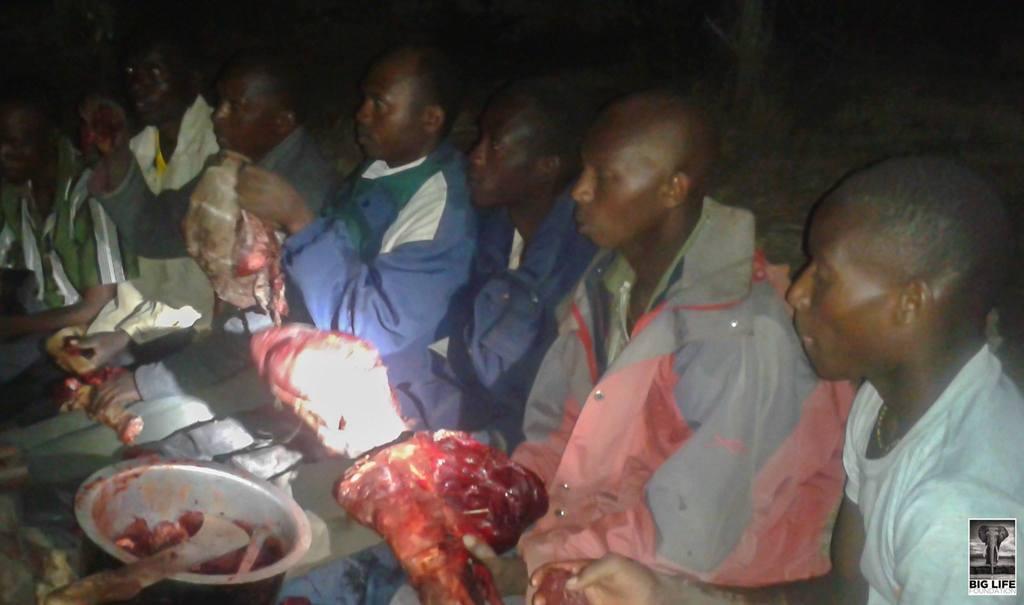 They arrived with a just cause, eight construction workers to build a classroom. They must have wondered at all the animals, living in peace and not terrified of humans. Clearly they didn’t take the time to find out why.

And this led to a very bad decision. If no-one else was eating all these animals, well then they would. They chased down a lesser kudu, an uncommon and shy antelope, and snuck the carcass into the school through a hole in a fence.

But they misjudged the people around them. The message went from a set of community eyes, via the Big Life control room, and straight to the rangers. The cooking fire wasn’t even warm by the time the ranger team arrived, and the men found themselves on their way to the police station. A bad end to their first day on Mbirikani Group Ranch.

Despite the on-going conflicts with elephants and predators, this is a community that has decided to conserve wildlife, and the sooner visitors get the message, the better for them.