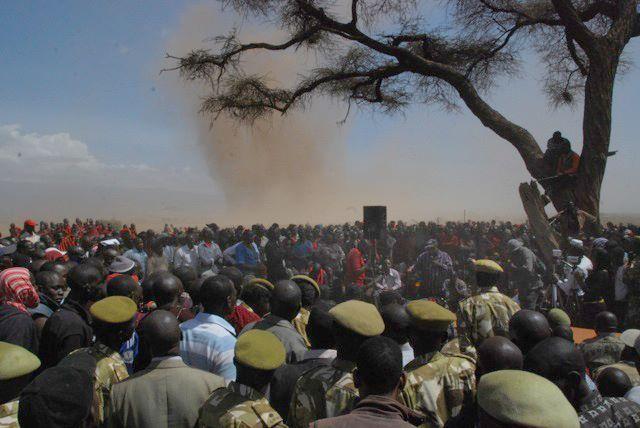 There will be two dates firmly etched into the history of the Amboseli ecosystem…. July 16 and August 6.

July 16 was the day of horror, when Maasai warriors were unleashed by their lea ders with the orders to kill as many elephant, lion and buffalo as possible, in order to draw the world's attention to the plight of the unfair revenue-sharing of the Amboseli National Park.
And then today, August 6, when dialogue was opened with the Kenya Wildlife Service to discuss a way forward, to find a resolution to the problem.

The good news today is that the Maasai leadership stated that they would NOT revert to the desperate policy of killing innocent animals to further their cause. But they demanded that the government must recognize their right for more equitable revenue-sharing from the multi-million dollar earning park.

The way forward is rife with legal complications and ramifications that go deep into the Kenya constitution. These all have to be ironed out, but the message is now clearly out there. KWS have agreed to revert to the community in 21 days as to how they will financially address the discontent that the community who live with the Amboseli wildlife have raised.

In the meantime, there other is good news to report :
The Maasai leadership have authorized that the Big Life Ranger outposts can be reopened tomorrow, and continue to undertake their jobs protecting and preserving the animals of the Amboseli ecosystem.

So we are back on track - for now - and let us hope that negotiations going forward will be peaceful, and that fair solutions are found.

In the meantime, more than ever, we need your support, in the form of donations, to continue protecting the animals of this unique, wondrous ecosystem and beyond.