A TALE OF TWO COUNTRIES

Blame it on Queen Victoria and Kaiser Wilhelm.

In 1881, Queen Victoria and Kaiser Wilhelm decided who would get what in an East African land exchange. And so the border between English and German East Africa was adjusted accordingly. Queen Victoria took some coastline for what would become Kenya, and Mount Kilimanjaro and the surrounding area became part of what is today Tanzania.

Cut to the present day. The animals of Amboseli in Kenya are, of course, oblivious to this invisible line. But for elephants, lions and other species, crossing that line into Tanzania in search of food or water can be the difference between life and death.

During the course of the year, about one third of Amboseli’s 1700+ elephants head across that border into Tanzania, just a few kilometers away (per our partners, Amboseli Trust for Elephants). Matriarchs like Maya, pictured below, will cross with their families, calves like Maksim, here aged just one month, in tow. 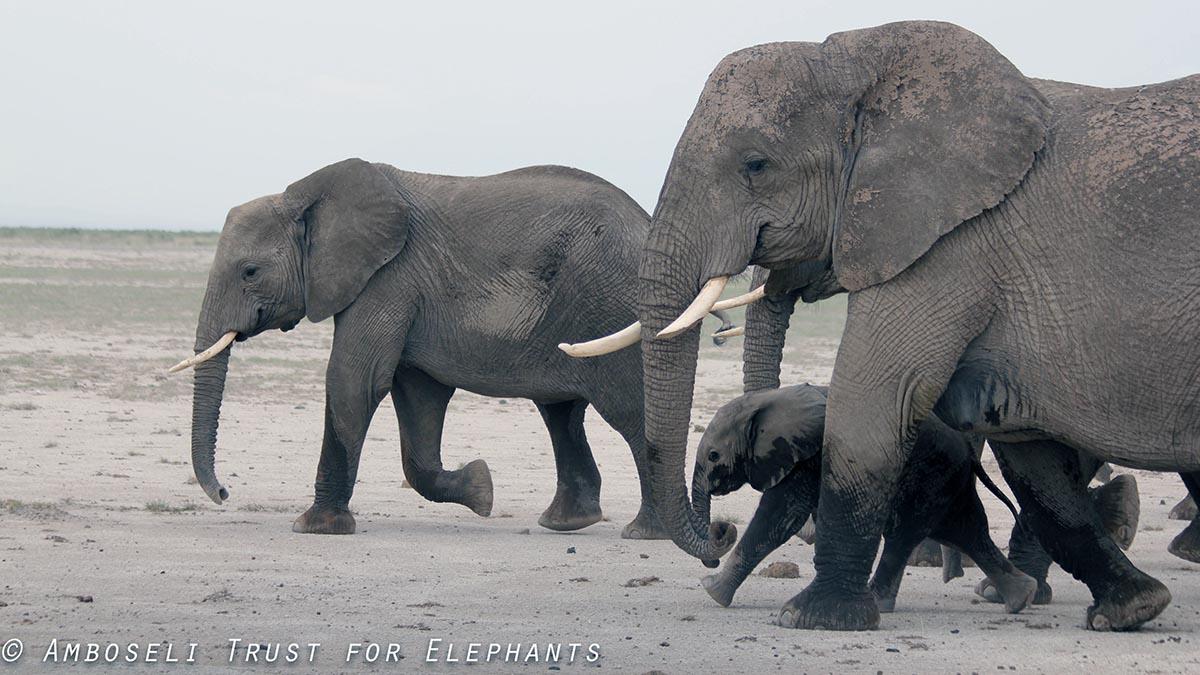 Back in those dark days before Big Life was around, when poaching was out of control, many of the most spectacular big bull elephants were killed on the Tanzanian side of the border, or killed by Tanzanian poachers who slipped across the border, before escaping back into Tanzania with their bloody trophies.

That’s what happened in 2009 to Igor, the iconic 45-year old elephant memorialized in the photo that is now part of Big Life’s logo.

That’s why, upon Big Life’s founding in 2010, we established the first coordinated cross-border anti-poaching operation in East Africa, with rangers embedded in the field in multiple outposts on both sides of the border. To prevent further senseless deaths like Igor’s.

As a result, things are far better these days, not just for the elephants, but for all the animals in the ecosystem. Poaching on both sides of the border is way down, significantly thanks to the concerted efforts of Big Life rangers.

The hard truth is that no matter how well we protect the animals on the Kenyan side, if it’s not to the same standard on the Tanzanian side, then those very same animals can tragically die when they unknowingly cross the border. 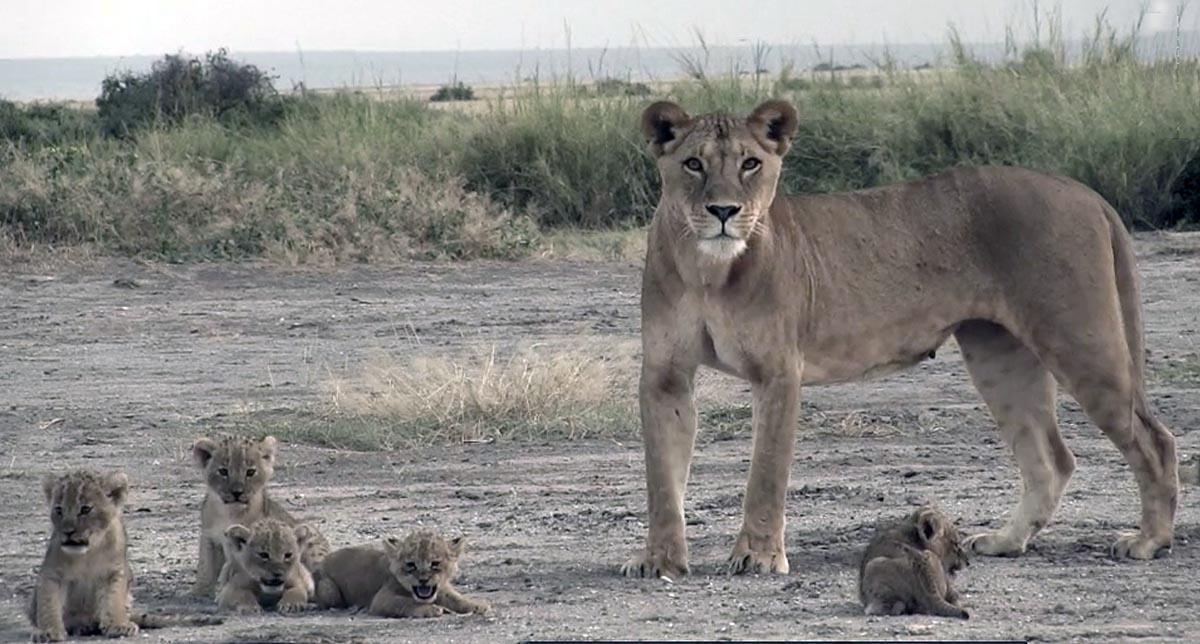 The lions in the above photo belonged to the Kitirua pride in Amboseli, very close to the Tanzanian border. In the last two years, seven lions have been speared or poisoned when they crossed the border. To make matters worse, cubs have been tragically left to starve and die without the protection of their mothers.

Thanks significantly to Big Life’s long-term Predator Compensation Fund (PCF), the lion population in the ecosystem has rebounded dramatically in the last 14 years. This program compensates herders for the loss of their livestock killed by predators like lion and cheetah. It has been an extraordinarily effective program in Kenya, with almost no incidents of retaliation by herders in participating communities. This is a particularly amazing achievement on a continent where almost everywhere else, lion populations are plummeting.

So as the threats against wildlife grow—with conflict-driven lion killing and increased bushmeat poaching of giraffes, zebra, and antelope likely the tip of the iceberg—it is time to increase our efforts in Tanzania. This includes bringing our highly successful PCF program across the border.

In the 300,000 acre area known as Enduimet, immediately south of Amboseli, Big Life’s vehicles and equipment need upgrading. More constant vigilance by the rangers is required.

This cross-border protection is what Big Life is all about. We can’t expect the animals to just conveniently stay within the man-made boundaries inside which they are protected. The more contiguous land mass we help to protect and preserve, the far healthier and more abundant the animals and entire ecosystem will be.

With this in mind, Big Life has formed an exciting new partnership with The Nature Conservancy (TNC) for our operations in Enduimet. 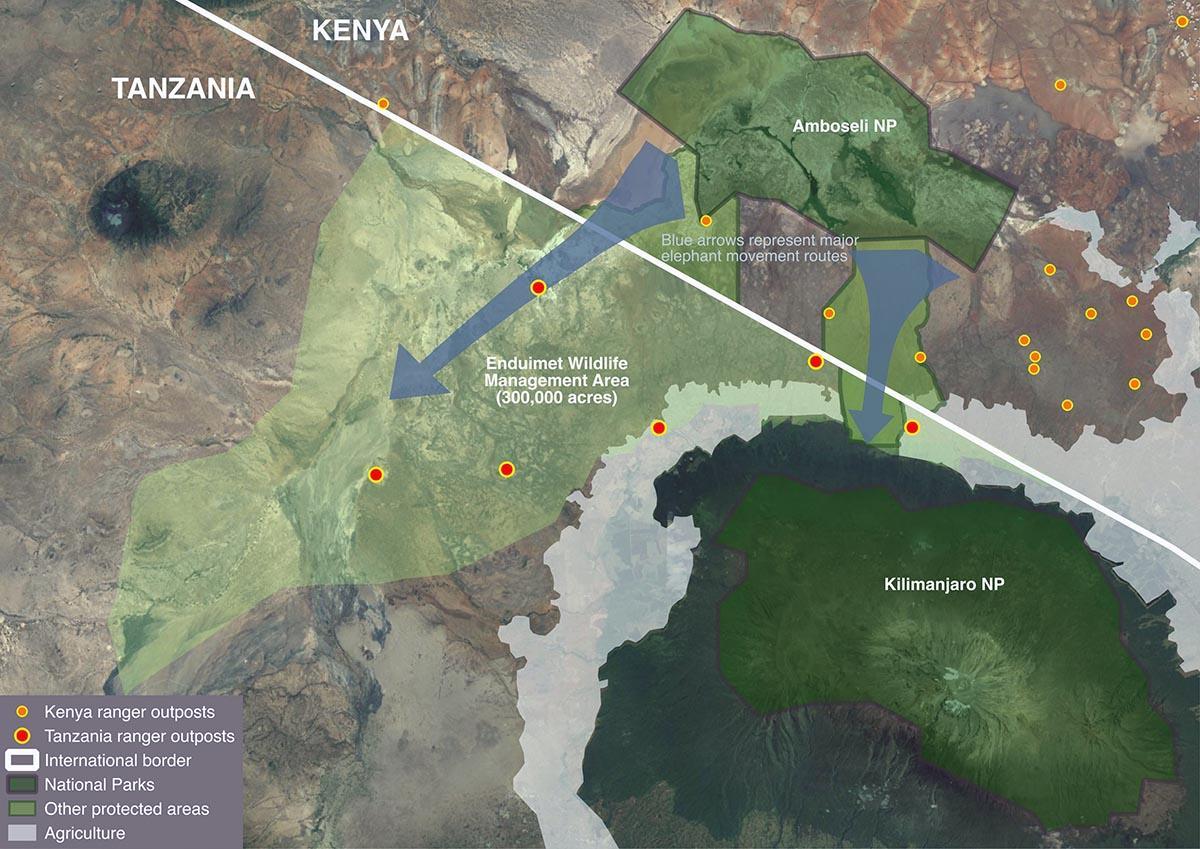 Your donations will help to support:

Our operations budget for 2018 has increased as we attempt to more comprehensively address the growing number of issues within the ecosystem, from conservation leases for endangered land to fence building to prevent crop-raiding elephants from being killed.

In 2017, a fair amount of our budget in Kenya came from the US Agency for International Development and US Fish and Wildlife Service. But with the major budget cuts proposed by the Trump Administration, we don’t expect that level of support to continue. So now more than ever, we are counting on you, our amazing donors, to help make this work a reality.

One of our most loyal donors has just committed, with incredible generosity, to match every donation made up to $200,000. This means that every dollar you donate in response to this appeal between now and December 31 will have double the impact.

So if you can, if you would, please contribute today:

Thank you as always for your support,