A SUITCASE OF SKINS 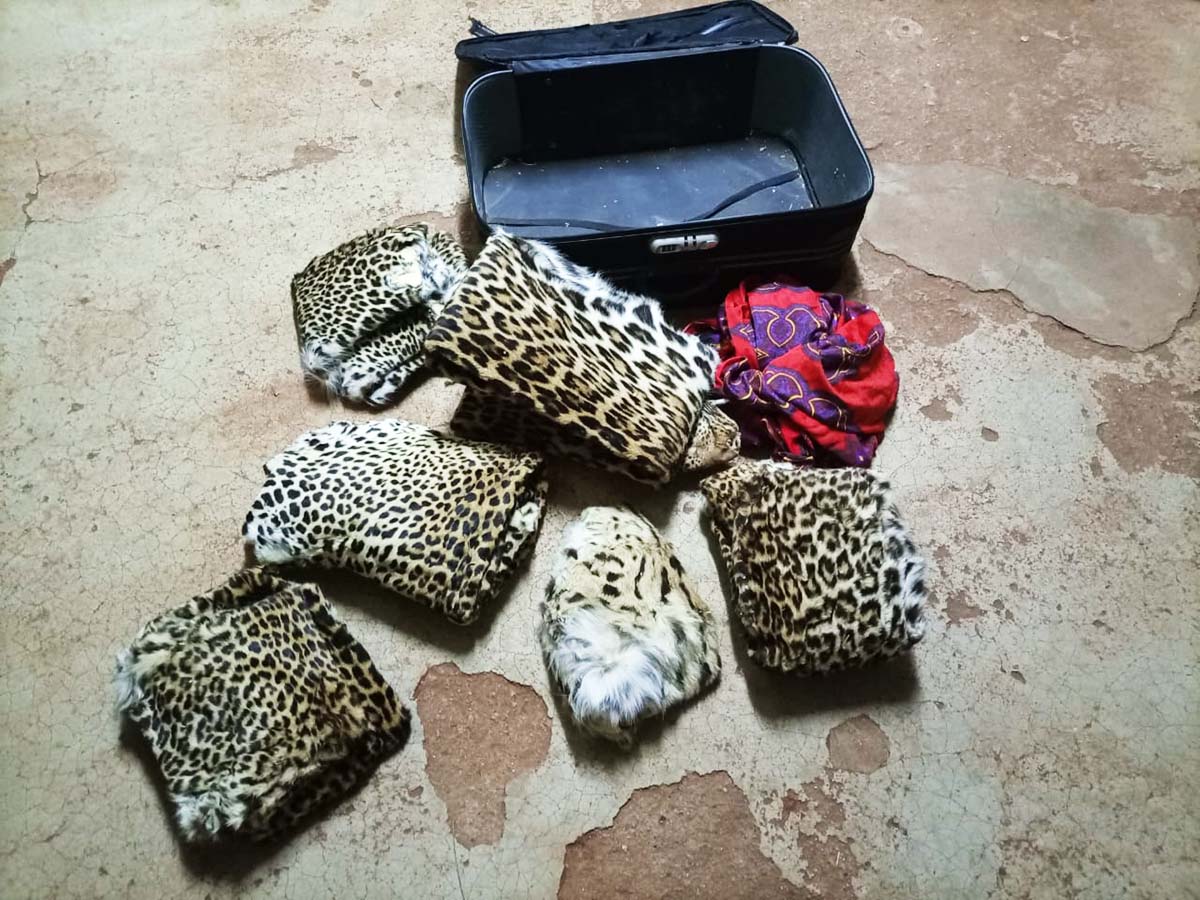 At a glance, there was nothing unusual about the two men, other than a small suitcase that suggested they were going on a short trip. But we knew what was in the bag, and it wasn’t clothes for a weekend away.

Inside were actually six cat skins from five leopards and a serval, with an estimated combined street value between $2,000 and $4,500.

The cats had been poached using snares far outside of Big Life’s core area of operation, but our intelligence network caught wind of it as soon as they were on the market. We worked with the Kenya Wildlife Service to set up a bust, and quickly arrested the two men involved.

They are now in jail awaiting trial, and according to the Kenya Wildlife Act, the minimum sentence for this offence (dealing in or possessing wildlife trophies without a permit) is a fine of at least $10,000, a five-year jail term, or both.

Big Life’s broadening intelligence network has become one of our strongest deterrents against wildlife crime. The poachers and traffickers involved have no way of knowing friend from foe, and the risk of being caught is extremely high, as are the consequences. While simple, it is very effective.

Please consider supporting our work, which keeps animals thriving in the wild and their pelts out of suitcases.