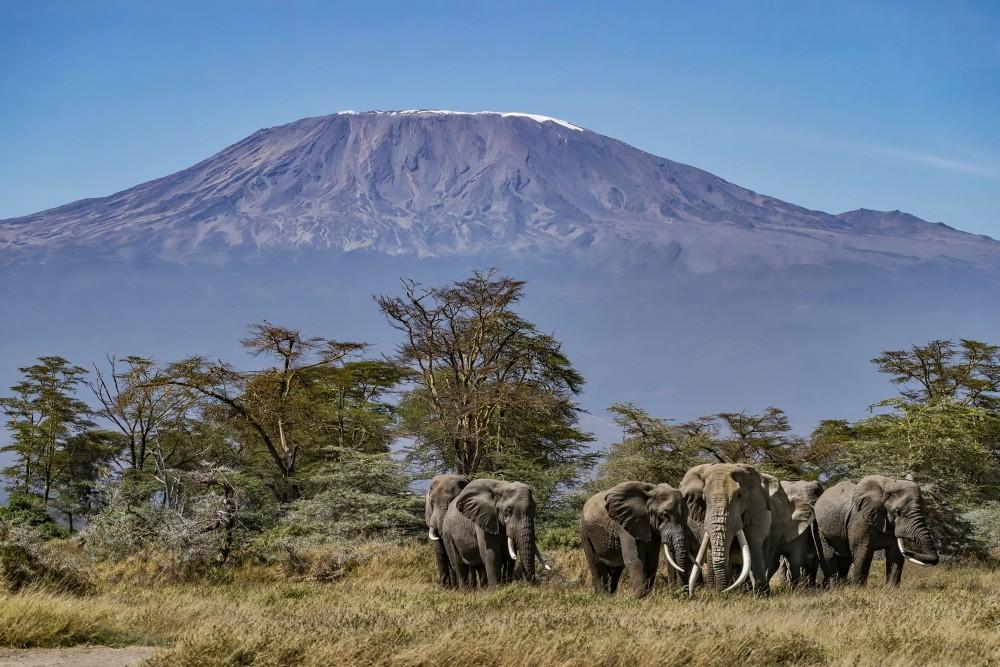 In today’s world, the expansion of human development and the protection of wildlife habitat are often pitted against one another.  While there are endless examples of this scenario across the world, they must not overshadow the inspiring examples of cooperation, coordination, and co-existence between people and wildlife. In Big Life Foundation’s area of operation, one shining example is Kimana Sanctuary - a crucial and now safe connector between the Amboseli and Tsavo ecosystems.

In late 2017, Big Life was asked by the local community landowners to secure and manage Kimana Sanctuary, an area that covers roughly 5,700 acres. The local community had the foresight years ago to set aside this land for the benefit of wildlife and the hope of generating income through tourism. Previous efforts, however, by private parties had been lackluster and failed to bring much benefit. In 2018, Big Life successfully took over management of the Sanctuary and is now actively overseeing both wildlife security as well as increasing tourism opportunities.

Thanks to the Sheldrick Wildlife Trust, we were able to successfully negotiate a 21-year lease for the land. Physical assets inside the Sanctuary, including four ranger outposts, were acquired thanks to the tremendous support of the D.N. Batten Foundation. The Sanctuary is a known refuge and dispersal area for wildlife, seasonally including large elephant families as well as some of the largest tuskers left in Africa, including Tim. It’s role in wildlife conservation cannot be understated.

More broadly speaking, efforts have been a huge success to also bring much-needed benefits to the community. Thanks to funding from UNDP GEF, Big Life was able to implement massive renovations and infrastructure improvements within the Sanctuary, including renovations of an existing structure to become a self-catering holiday home. Kimana House and two campsites opened for business in September of 2018 and have seen a steady stream of visitors ever since. Of the total tourism to the Sanctuary in 2018, 68% of it happened from September through December, after Big Life had implemented a marketing strategy and finished the necessary upgrades.

Gate fees to access the Sanctuary are also generating revenue for the local community. So far, tourism has generated $10,000 for the community, with more to come as outreach continues.  Furthermore, community stakeholders also received $58,000 in lease payments, courtesy of the Sheldrick Wildlife Trust.

And last but not least, the actual protection and wildlife security of the Sanctuary now includes 22 community rangers and 4 support staff, all from the local community.

The positive impact of all this was most remarkably apparent when the community came together to pull Tim out of the mud where he’d gotten stuck in early December. Without Big Life’s efforts in this area beforehand, and without the ongoing support of our partners at Sheldrick Wildlife Trust, his rescue might not have been possible. We’ll continue to improve this program and are so grateful to all of you, and our partners, for making it possible.