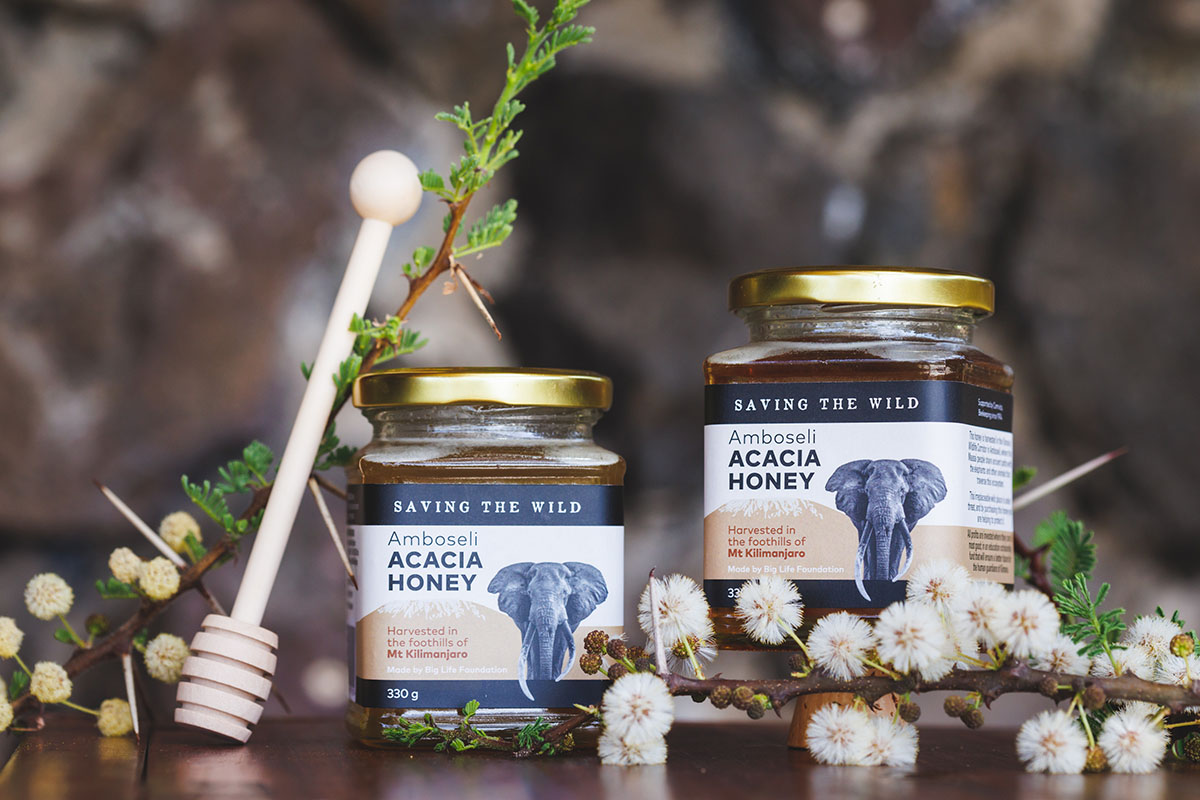 Last year, thanks to support from Saving The Wild and Comvita, we started a Bee Keeping Project. 200 bee hives were installed in the community conservancies that protect part of the Kimana Wildlife Corridor, one of the major wild arteries that connects Amboseli National Park with the wider ecosystem.

Income from harvested honey will help to raise funds for scholarships for landowners’ children, adding to the package of benefits that conservancy members receive in return for committing their land to conservation.

Launching any new program is bound to involve some unexpected challenges, and we’ve faced many, including some industrious honey badgers that found the contents of our hives particularly delicious. The apiaries have since been reinforced, but it took time for the hives to recover.

But if there’s one thing that bees need to thrive and produce an abundance of honey, it’s WATER.  And drought is proving to be our biggest challenge.

After good rains at the end of 2021 and lots of pollen from the surrounding Acacia woodland, we managed an initial harvest of approximately 110 kg of honey, all of which has subsequently been purchased by local lodges in Amboseli. There is clearly a market for such a tasty product!

We were hoping for another larger harvest in June following the long rains, but those rains haven’t materialized.  As we stare down the barrel of a significant drought, the bees will keep their honey, as they’ll need every drop to survive. In the meantime, we’ll continue to manage the apiaries and hope that future rains will lead to more productive honey harvests.

The dry seasons are becoming hotter and longer, and the rainy seasons are more sporadic and less predictable in East Africa. From the largest elephant to the smallest honeybee, we are all feeling the effects of a changing climate.