A Celebration of Culture and Sport 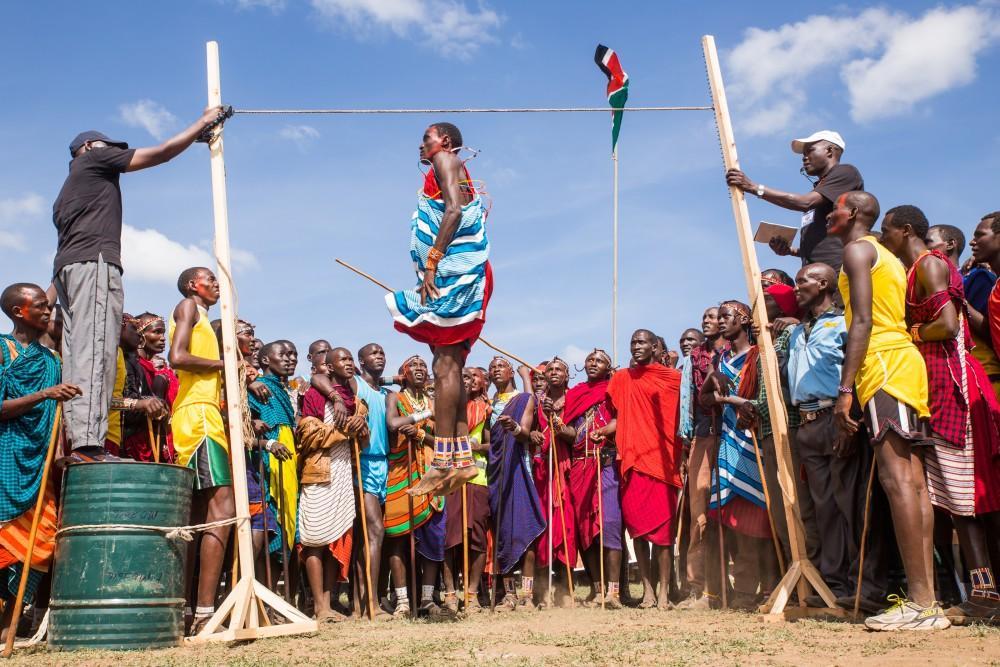 Amboseli, Kenya -- African lion populations have declined by at least 43% in the last 20 years, with few signs of abating. Today, there are as few as 20,000 in the wild. In Maasai culture, it is custom for warriors to kill lions as a traditional rite of passage into manhood. But at the behest of the cultural “fathers,” or elders, in the Amboseli ecosystem, Big Life Foundation established the Maasai Olympics in 2012. A culture-shifting alternative was conservation education paired with organized sports competitions based on traditional warrior skills. Today, warriors compete for medals and prizes instead of killing lions.

Every two years, participating warrior villages select teams and compete in a series of regional one-on-one tournaments leading up to the final, action-packed event with athletic performances, spirited but sporting rivalry, and no dead lions. Athletes compete for recognition, express bravery, attract girlfriends, and identify leaders in six events: 200m, 800m, and 5,000m races, javelin for distance, rungu (wooden club) for accuracy, and the high jump, Maasai warrior-style from a standing position. As young women are often the motivators behind warriors wanting to hunt lions, and they are also potential conservation advocates, their inclusion is critical. Young women compete in two events: the 100m and 1,500m races.

Following numerous conservation education meetings throughout the ecosystem, regional competitions for the 4th Maasai Olympics competition began this past August and for three months, warriors tested each other, looking to see who would come out on top. The Final, where all four teams will come together to battle it out, has been scheduled for December 15, and the warriors are buzzing with anticipation. Event winners receive individual medals, prizes, and public recognition for their skills, but the winning team also takes home a trophy and prize breeding bull.

The Final will be overseen by the patron for the Maasai Olympics, gold medal Olympian, 800m world-record holder, and fellow Maasai, David Rudisha.

A very special thank you to our 2018 Maasai Olympics sponsors, including: National Geographic Society, Charles and Judy Tate, Dan and Pam Baty, Chester Zoo, Born Free Foundation, Zoo Basel, Disney Conservation Fund, Great Plains Conservation, Great Plains Foundation, Marleen Groen, and Safari Professionals of the Americas. The success of the Maasai Olympics is only possible because of your partnership.

Additional thanks and acknowledgment to Dereck and Beverly Joubert for their award-winning documentary film “Tribe vs. Pride” which features the Maasai Olympics. Thank you for helping spread awareness about the Maasai Olympics and its conservation impact.

Please rsvp to This email address is being protected from spambots. You need JavaScript enabled to view it. to register for a press pass, or to request photos of the Finals.