A 34 YEAR OLD ELEPHANT....(& THE BIG LIFE RANGERS & DOGS THAT CAUGHT HIS KILLER)

“Thanks to Big Life, it is wonderful that Amboseli is more secure, and now one of the few places in Kenya where killing of elephants for ivory is not out of hand.”

- Iain Douglas-Hamilton, Save the Elephants, November 2013

“I am convinced that Amboseli would have lost many, many elephants over the last three years if Big Life had not come in to save the day." 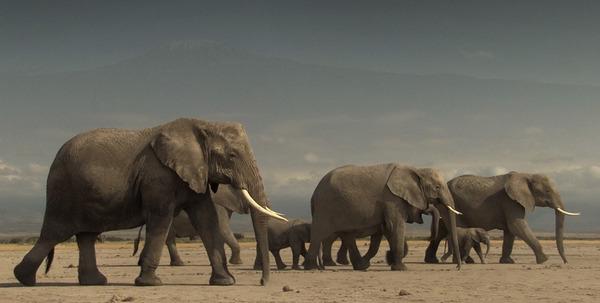 The four poachers thought they had timed it immaculately. As the sun was setting, they moved in on Stuart.

Stuart (as named by Cynthia Moss’ Amboseli Elephant Research) was one of the diminished number of mature male elephants remaining within the Amboseli ecosystem.

Stuart was feeding peacefully a few kilometers from the Amboseli Park boundary when the poachers threw their spears. They were-well aimed, piercing his lungs. He ran and collapsed about five minutes later, drowning in his own blood.

Early the next morning, a herder came across the carcass. Stuart’s face now chopped away and his tusks missing. The herder was the brother of one of Big Life’s rangers, whom he called. A ''MAYDAY'' was broadcast across Big Life’s radio network, and the day changed for everyone.

Within an hour, Kenya Wildlife Service and two teams of Big Life Rangers were on the scene. Big Life Tanzania’s dog unit, close by just across the border, joined shortly after.

The tracker dogs, Rocky and Jerry, led the teams to a small village, where the dogs identified three houses in which the suspects had spent the night. The villagers gave the names of four men who had arrived late and left before light. Two of the suspects’ names were well known as being involved in poaching in the past. The teams waited for darkness before going to their homes in another village about ten miles away.

Sure enough, the information was correct. A 15 foot long python skin was found under a bed of one of the key poachers. He quickly admitted guilt. He led the rangers to to a tree  under which he had dug a hole and hidden the tusks, those same tusks that 24 hours before had belonged to Stuart.

Thus, less than 24 hours after a killing, the poacher was arrested and is behind prison cell bars. We know the identities of the other three poachers, so it should only be a matter of time before they too are tracked down.

This result was a combination of two things: a flawless reaction on the part of the Big Life teams and KWS (who have been great partners), but perhaps more important was the co-operation of the local community, who were incensed by the poaching taking place in their area.

The local communities: their involvement is significantly how 315 Big Life rangers are, so far, able to successfully protect so many vulnerable animals across a vast 2 million acres of wilderness across two countries.

Big Life is now the biggest employer in the region, and those multitudes of eyes of the community, especially the mothers and fathers, wives and brothers and sisters of the Big Life rangers, are the single most effective anti-poaching resource that we have.

This is a major reason as to why poaching has been kept in check here amidst an ever-worsening continent-wide apocalypse of killing. On the poachers’ ‘grapevine’, it is widely known to stay away these days from the Amboseli ecosystem, for fear of being arrested. This applies not just to the killing of elephants, but ALL animals in the Amboseli ecosystem, as the poaching of animals for the bush meat industry is also much reduced from 2010 levels, when Big Life began.

But in spite of our success, as of November 25, we have had losses: we lost eleven elephants this year in Kenya, none in Tanzania: five to poaching, six to human/wildlife conflict (speared due to crop raiding, etc.). Obviously, that is eleven more than we would want, but as Cynthia Moss and Iain Douglas-Hamilton say in the quotes above, the ecosystem would be a very different, darker place if Big Life’s teams had not been on the ground.

But the poaching threat remains a daily constant. The demand for animal parts continues to grow from the Far East, to the point that it threatens to drive these animals into extinction: there are now far more people on the planet that want ivory and rhino horn than there are elephants and rhinos remaining in the wild. The battle continues . . .

Thus as another year draws to a close, we would like to thank you for helping to protect, through your support of Big Life, one of the most important and extraordinary ecosystems in Africa.

We hope that you can feel proud of the difference you are making. You have helped, and are helping, to keep alive all these animals -- the elephants, lions, rhino, giraffes, zebra -- that we work to protect.

So we ask that you please make a generous end-of-year donation, to enable Big Life Foundation to continue its vital work. 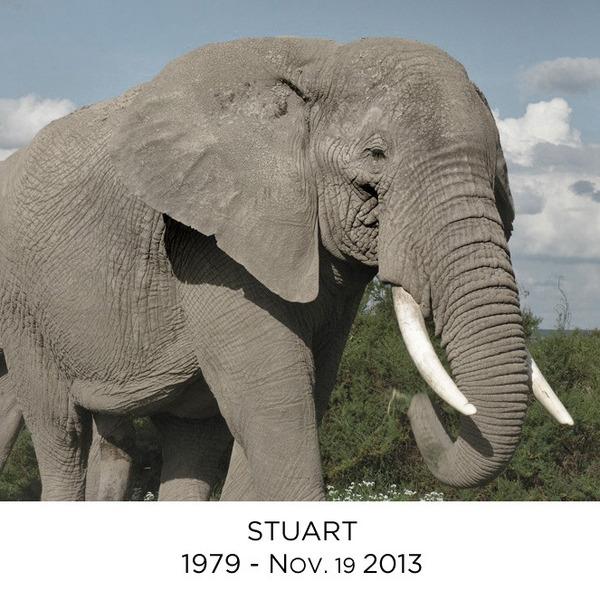