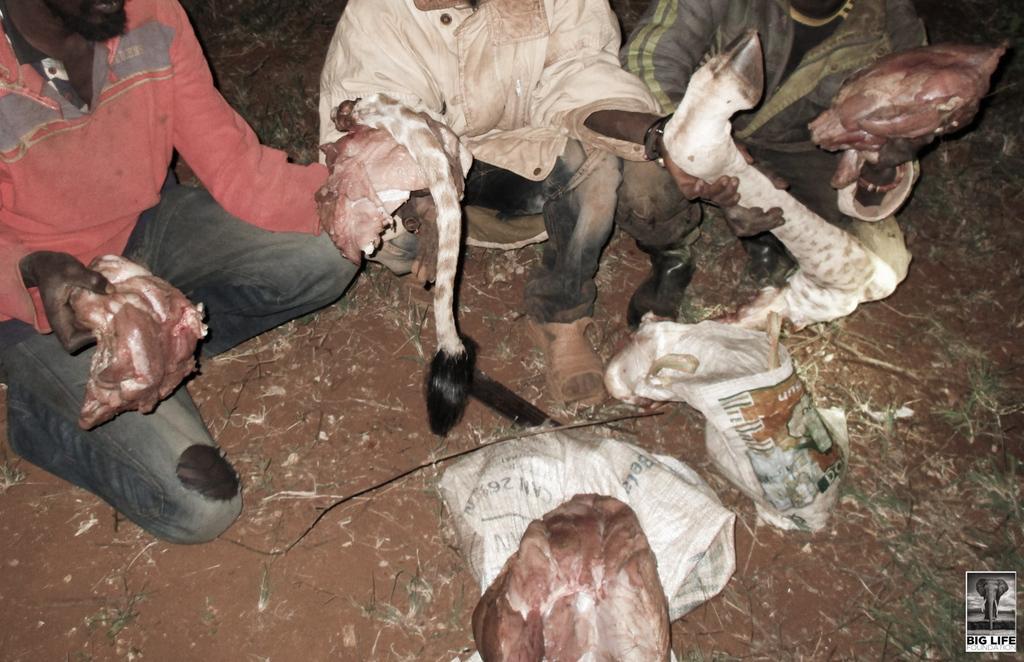 You wouldn’t expect to catch a poacher on a walk to your grandmother’s house.

But that’s exactly what happened after 8-year-old Manei discovered something suspicious while walking through the bush to her grandmother’s house last weekend.

Manei’s route took her through an area of small farms where something unusual caught her eye: a big animal leg hidden under a bush. She wasn’t sure what it was, but she did know that it shouldn’t be there.

Manei told her grandmother, and the two set off back to the bush, where her grandmother immediately recognized the leg as belonging to a giraffe. As it happens, Manei is also the daughter of a Big Life ranger, and it didn’t take long for the message to reach our radio room.

One of the Big Life mobile teams went straight into action. At dusk, they left a vehicle at Manei’s grandmother’s house and went into the bush on foot, hoping to catch the poachers in camp and unaware. The rangers found them sitting around a campfire, the team moved in quietly, and the arrest was simple. Three poachers were arrested and the remains of the giraffe confiscated, with some of the giraffe’s body parts already bagged and ready to transport to market.

In the tight and cohesive communities in which we work, Big Life has the eyes and ears not just of the rangers, but also of their entire families, friends, and extended social networks. This network—including the eyes and ears of an observant 8-year-old girl, makes poaching in our area of operation a risky business.