7:48 PM: THE FIRST GUNSHOT RANG OUT IN THE DARKNESS. 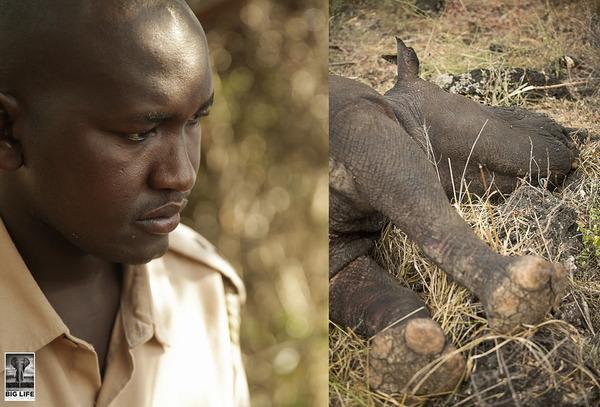 The first gunshot rang out in the darkness. It was followed immediately by nine other shots. This was our worst nightmare: poachers in the rhino area.

A unit of four Big Life rangers was not far off and responded immediately. But in the darkness, and without knowing the source of the shots, a search was futile. The rangers immediately set up ambushes on paths leaving the area. The reaction by the Kenya Wildlife Service (KWS) was prompt, and 22 more rangers were soon on the scene.

With hardly a word spoken, the teams remained in ambush positions through the night, waiting for the footfalls of poachers on the run.

By the following morning, it was clear that the poachers had slipped through the net, but we were yet to know if they had achieved their gruesome objective. KWS had a plane in the air, and the rangers scoured the almost impenetrable lava forests that are home to this remnant black rhino population.

By midday, our fears were confirmed. A female rhino, dead. Both horns cut off. Used AK47 shells lying nearby. We recognized the rhino as a mother with a calf, but there was no sign of the yearling. (The calf was caught on camera trap the following night, alive and well. The survival of this young animal is not certain, but we will continue to try and monitor him as best we can, and intervene if necessary). 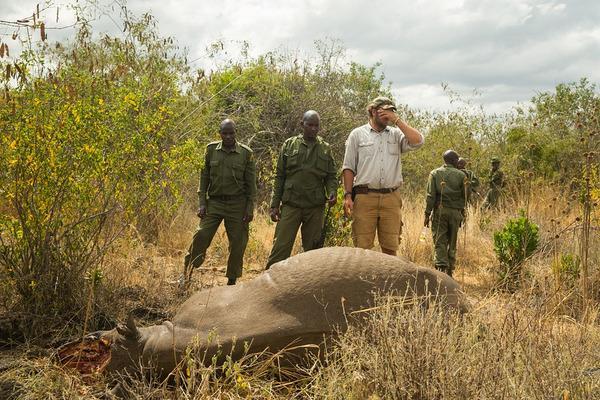 The rangers tracked the footprints of two people who had run from the scene, but lost them upon entering an area of human settlement. The poachers would have escaped by vehicle or motorbike, and unfortunately be long gone. We are now doing everything that we can to find out who they were.

The death of this rhino is a huge blow. We are deeply committed to protecting what remains of this small but genetically unique population. With all our efforts, it is desperately saddening and frustrating for us. There will be those who question whether we are fighting a lost cause here, but guard against the fatigue that bad news brings, we cannot roll over. Each dead animal is a failure, but it only drives us harder. We will use it to evaluate and improve our efforts, and do our best to prevent it from happening again.